In our prior experience designing the “Pitch House” (House 1+1=1) we challenge unconventional ways of association of two traditional independent houses. Instead of isolating the two units, we were interested in blending the spaces into a single ambiguous generic unit that could respond to the diverse needs of one single family or two independent ones.

Three specific questions have been addressed:

-A flexible typology where two separate houses could be easily transform into one, anticipating possible variations in future scenarios.

-Exploring the common spaces that would benefit from this association without interfering in the privacy of the two houses.

-A common identity expressed in the outside that would still provide enough freedom to personalize and adapt the spaces to each of the two families requirements.

The “Rada House” emerges as an opportunity to explore the opposite problem. A house forced to be split into two separate units as a consequence of the site constrains. The geometry of the boundaries define two similar surfaces strangulated in the middle point. Some rocks and trees are also characteristic in the area and basically forces us due to the lack of space to divide the program into two independent volumes connected by a small bridge.

The program is organized in three levels characterized by different orientations and levels of transparency. In the ground level the facades designed in glass enclosure blurs the physical boundaries of the inner spaces and extends visually the limits of the living room and kitchen to the exterior walls of the property. The sensation of a bigger space is created by connecting the interior rooms with the garden terrace.

The second level is where most of the private spaces are located, mainly bedrooms, therefore the east orientation becomes critical for searching the sun light in the mornings, whereas the other three orientations become opaque.

Finally the third level, design as a canopy to enclose a porch detached from the ground, as a transparent space that would allow the spectator in the streets contemplate the big trees behind the lot. This summer living area connects visually to the west view of Madrid’s sunset, and extends the surface with the inhabitable roof of the main bedroom to becomes a privilege space that could be used as a solarium.

The objects of the house are clustered and related to one another in such way that in the ground floor, the furniture is reduced to one single element that has very different functions: storage, fireplace, sitting area and entrance windbreak. In the first floor, some of the wardrobes are concentrated in one single strip that is attached to the façade, improving the thermal behavior of the building and therefore reducing its energy consumption.

This apparently two dwelling units by means of fragmentation distorts the scale perception. It uses the abstraction of the traditional dwelling elements to mislead the visitor and to attract his attention to specificity of the environment. The structural behavior of the house is related to the site in a way that lead us contemplate not the house in itself but the landscape where the cantilevers are facing to. 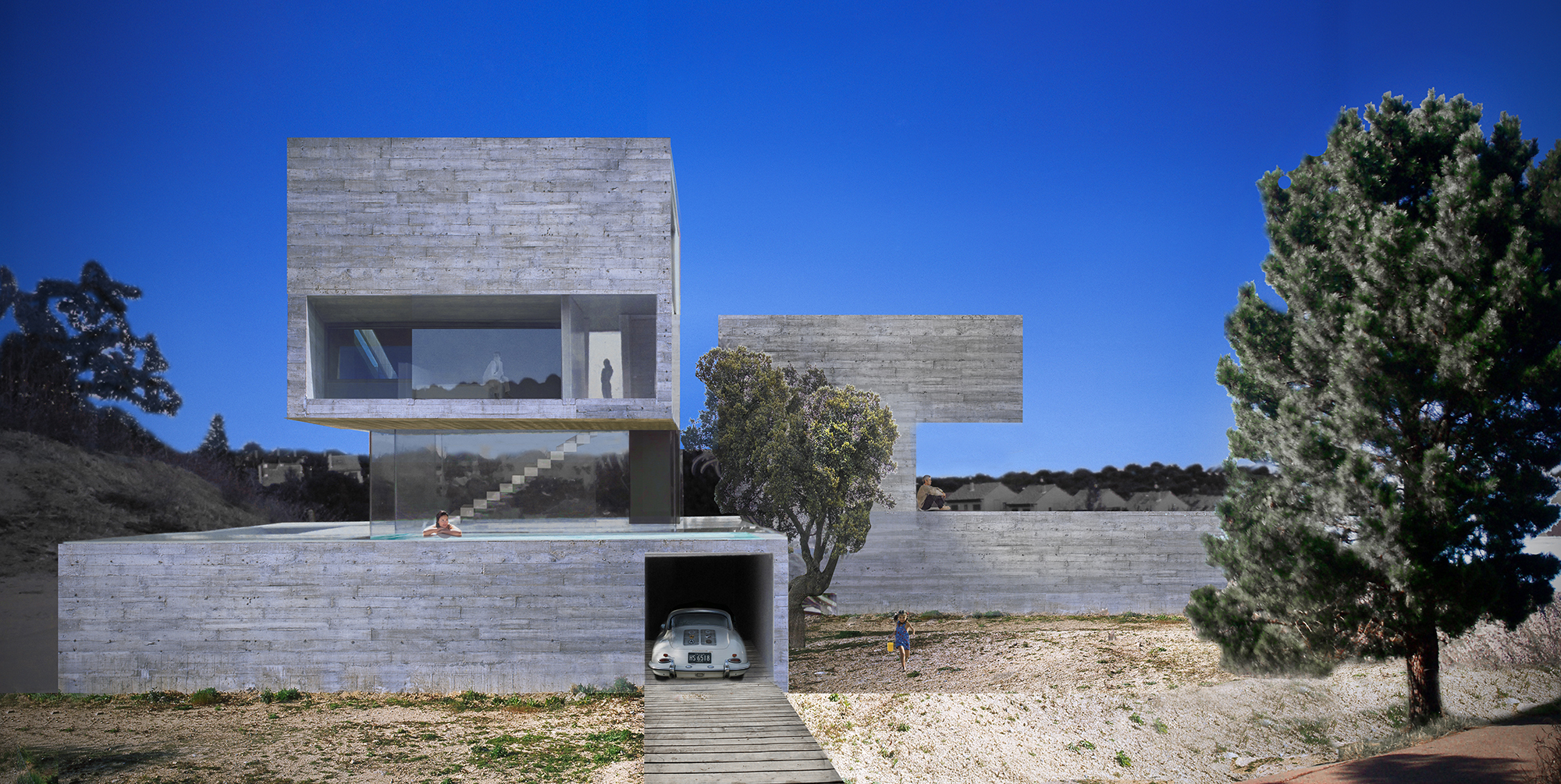 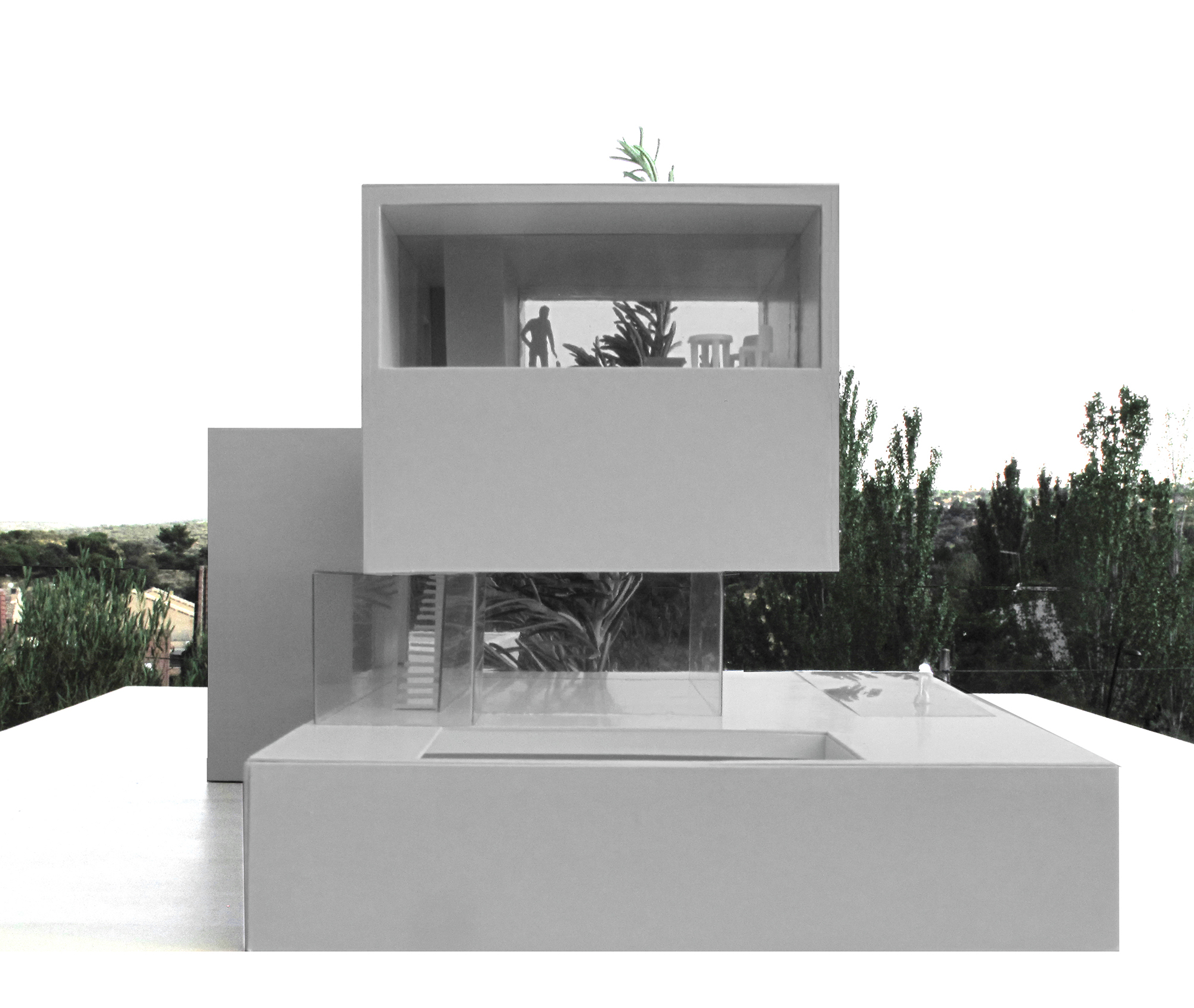 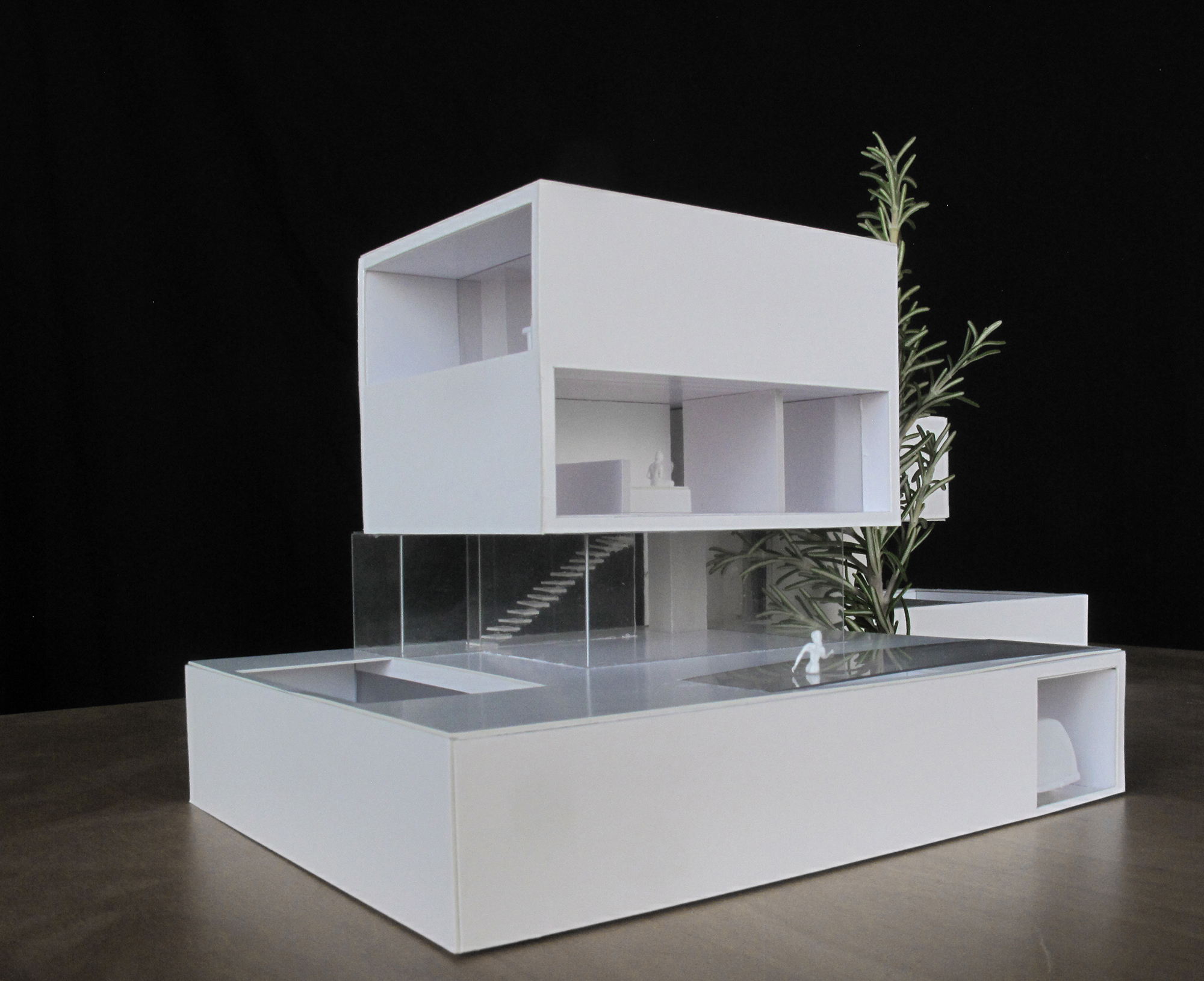