The challenge of this project was: how could we design the plan of a big scale building that could be constructed as smaller buildings on different time periods? By making the building process flexible, the client could divide construction into multiple stages according to the availability of funds.

The design was driven by the idea that the learning process at the university takes place not only in the classrooms, but also in other locations, where people can meet to discuss ideas. These places of student exchange become active cores in particular parts of the building to trigger the learning environment in more dynamic ways.

To define the main section of the building, we distinguished between two clearly differentiated levels. On the one hand, the stage of knowledge –exemplified with classrooms, labs and studios – required a repetitive and divisible modules. These were placed upstairs, away from the ground floor and the noise coming from the campus, in an intimate relationship with a system of north-oriented courtyards. On the other hand, the stage of relations – composed by the lobby, the meetings rooms, cafeteria and auditorium – turn out to be a whole new space inside the building where social relationships take place.

Outside, the design has an industrial appearance as a floating box made out of zinc. Its formal austerity combined with its long facade contrasts with the diversity of forms and colors of the rest of the buildings. Our goal was to introduce a new scale inside the campus of Monteprincipe in order to achieve a new personality for this prestigious university.

The modulation and geometry of the plan allowed us to divide the construction process in two stages. If the building needs to grow, it would be easy to add new modules without affecting the overall image. 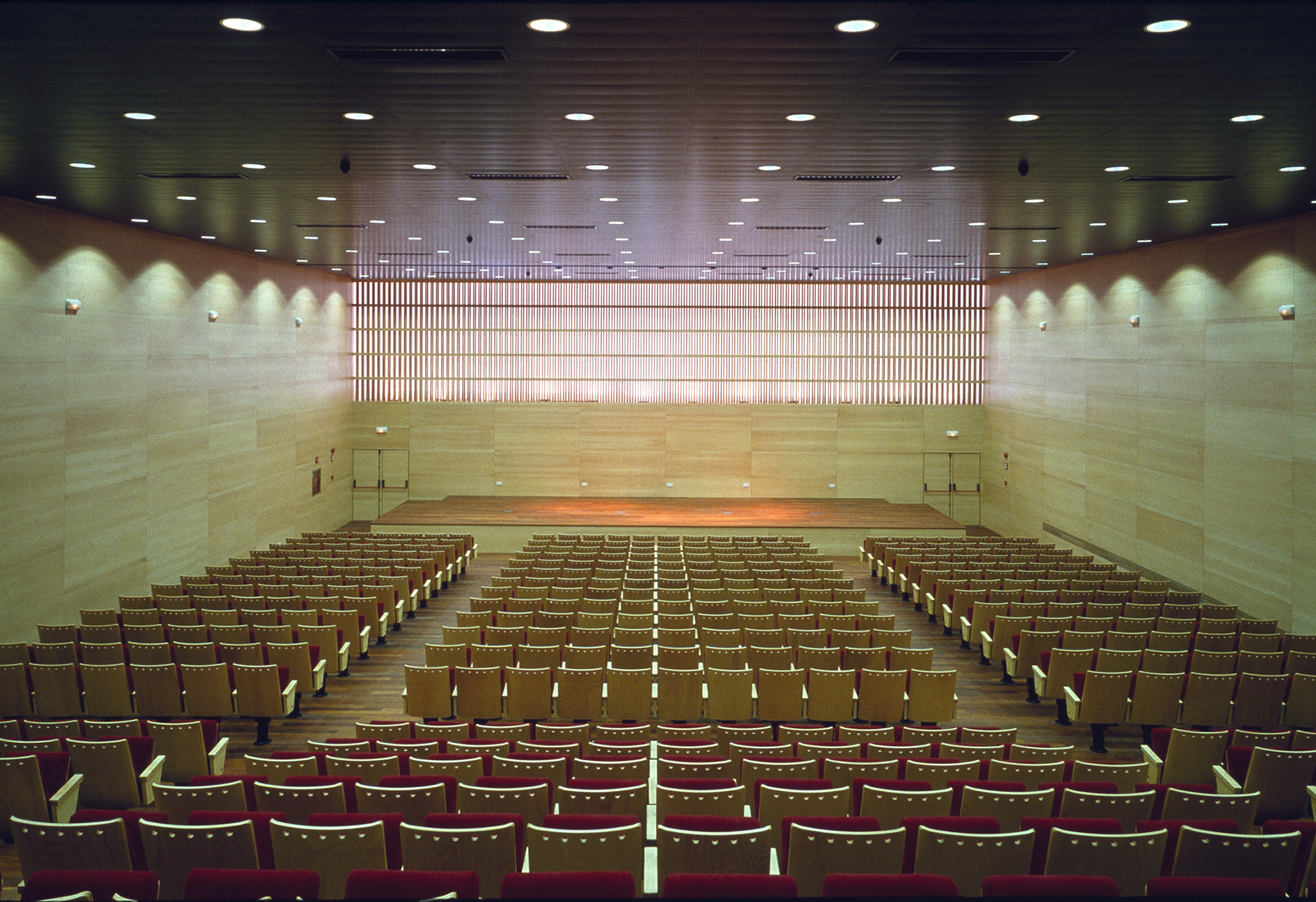 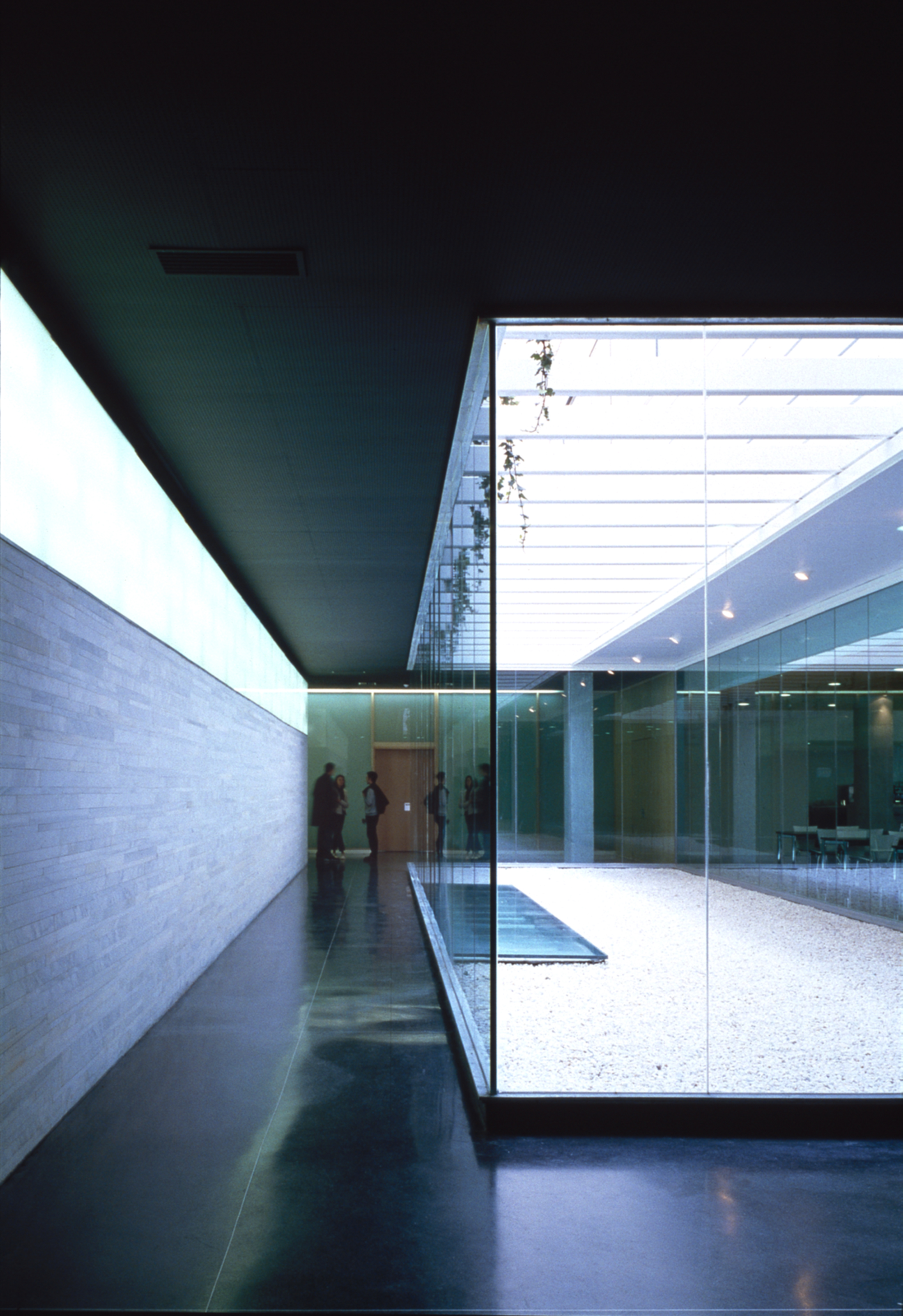 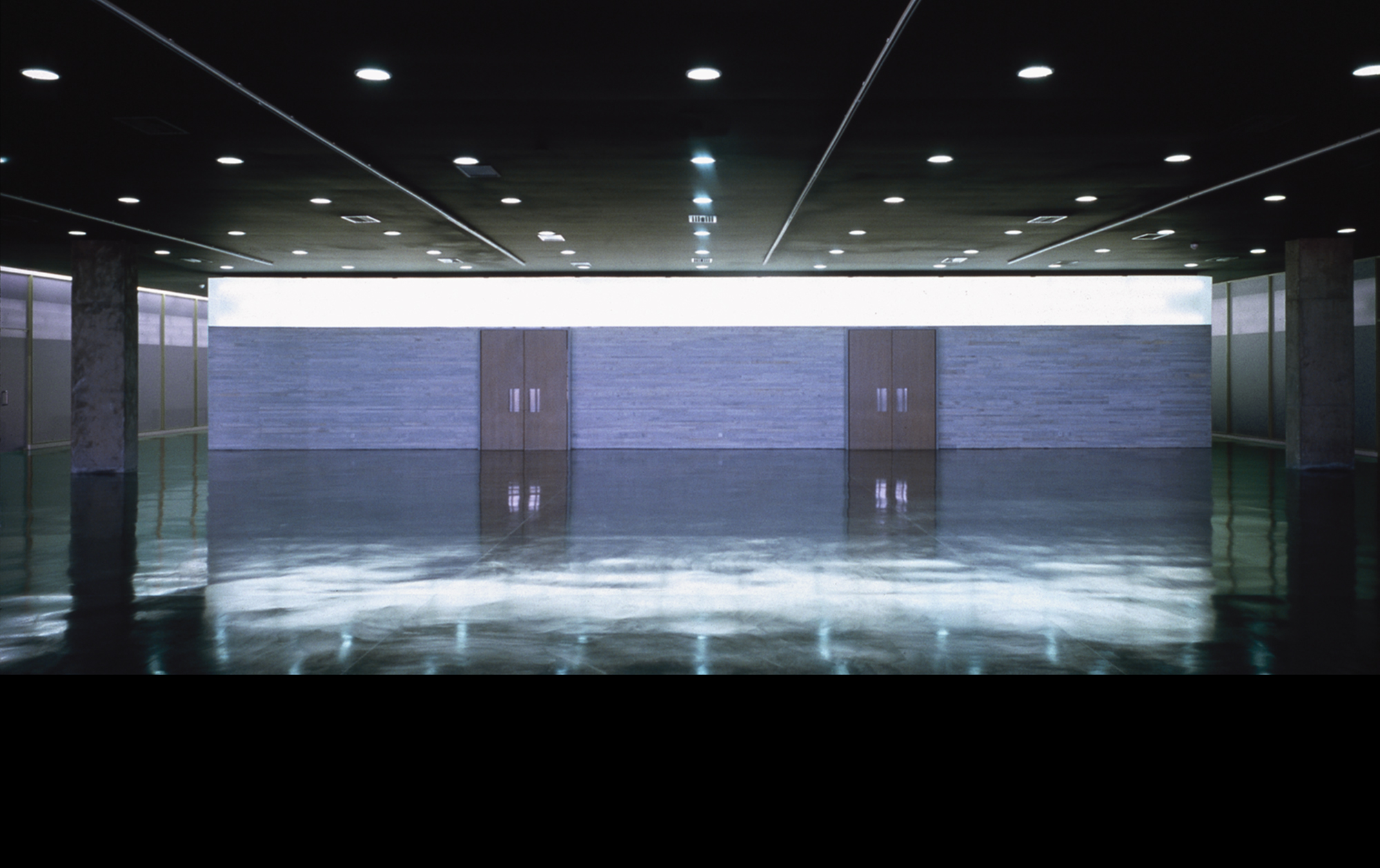 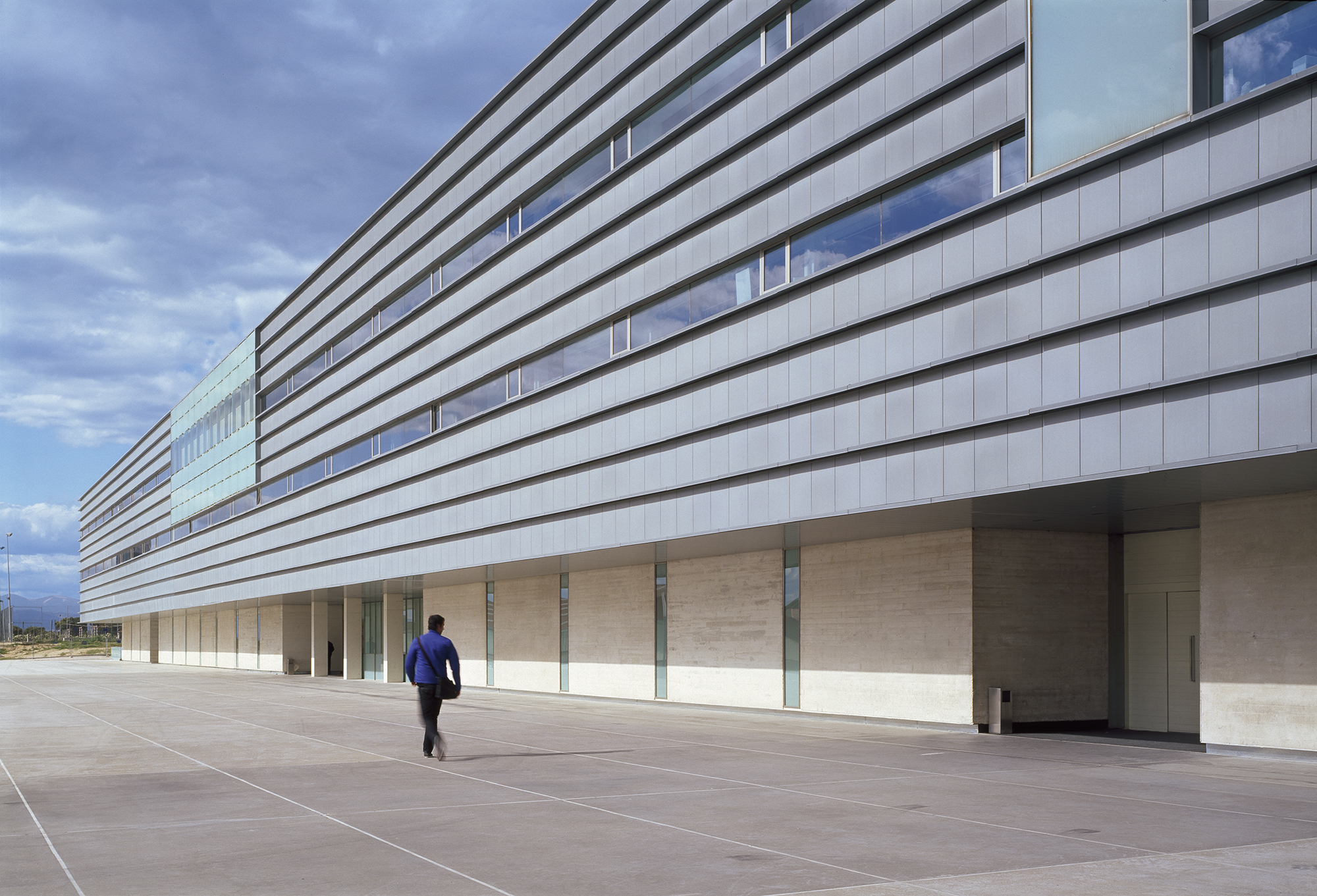 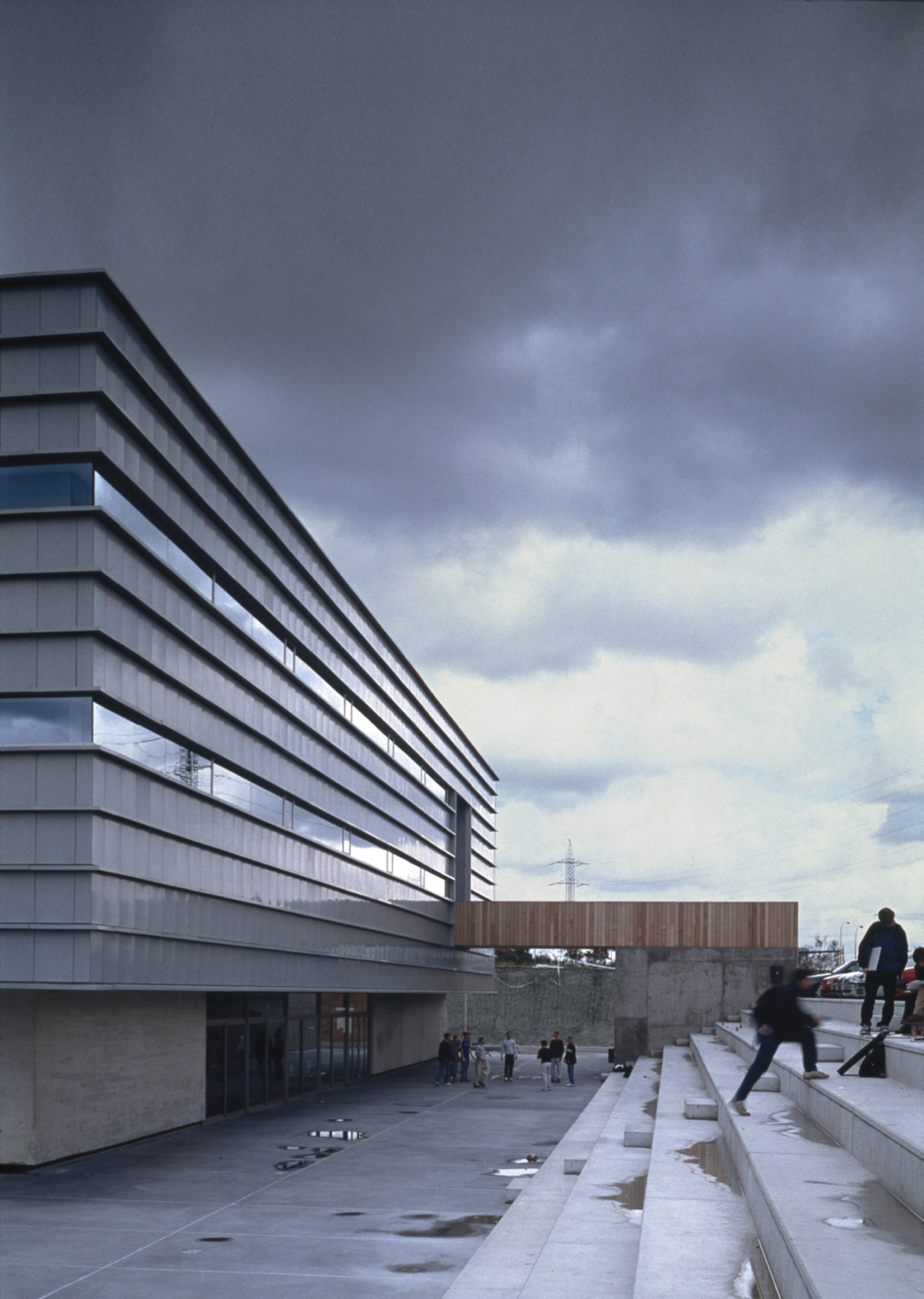