The climate of San Bartolome is characterized by pronounced arid conditions, trade winds, and cold temperatures. Historically, the city has developed around farm roads, and houses typically have a rear garden that produces food for the residents. The site for the competition lies in a place of transition: between the urban and the natural environment.
We propose a new model for the community, different from traditional, individualistic patterns characteristic of terraced housing. By stacking and overlapping houses together, we achieved a higher density that generates an active community. Social life grows within a new, continuous urban space provided by covered streets.
The design for each unit arises from our investigation into the essential elements of a house. As a starting point, we proposed a minimum size for the dwelling that is capable of responding to different ways of inhabiting space. Each spatial unit is conceived as a container that uses a simple hinge system, which can transform the interior according to the daily needs of the inhabitants. Furthermore, a minimal depression inside each house allows for a common space that can be closed or further subdivided into smaller spaces for more privacy. The first floor always has a direct relationship with a courtyard, reengaging with the island’s tradition of cultivating gardens. The courtyards also protect from the wind and other environmental conditions. The second level has a separate access via stairs that enable multiple duplex typologies. While the actual dimensions of the units are tight, the flexibility imbedded in each of them allow for a multiplicity of dwelling conditions. 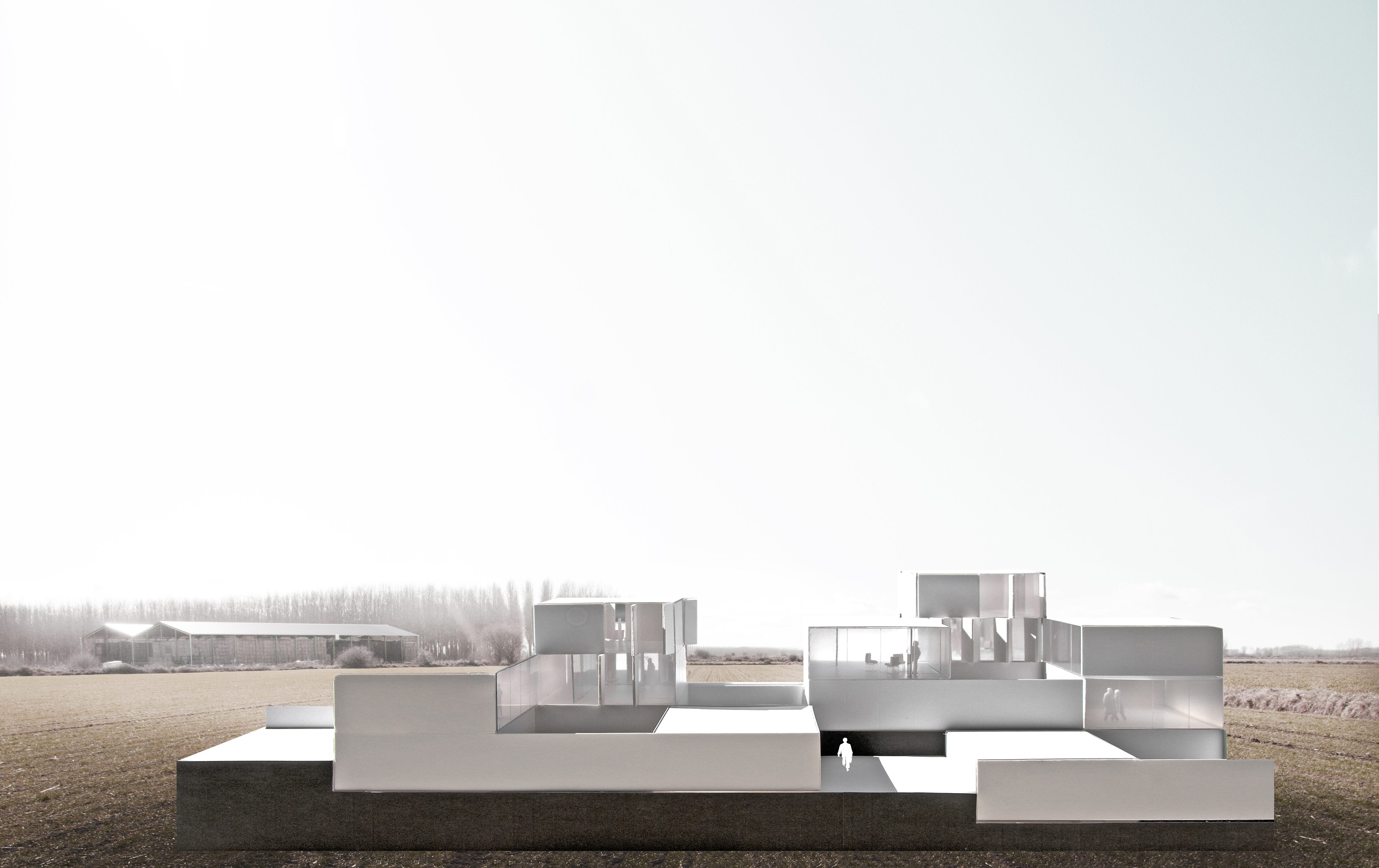 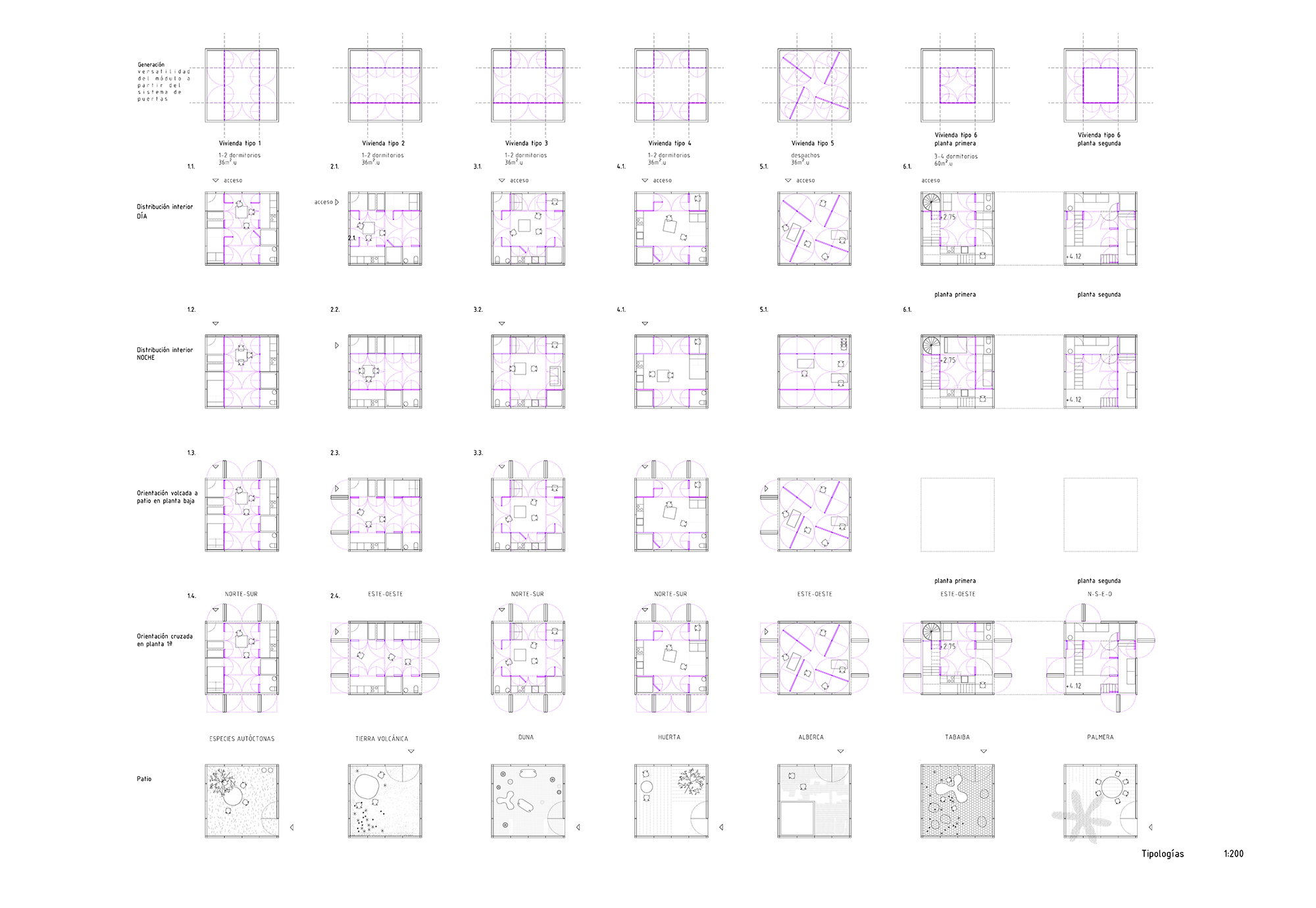 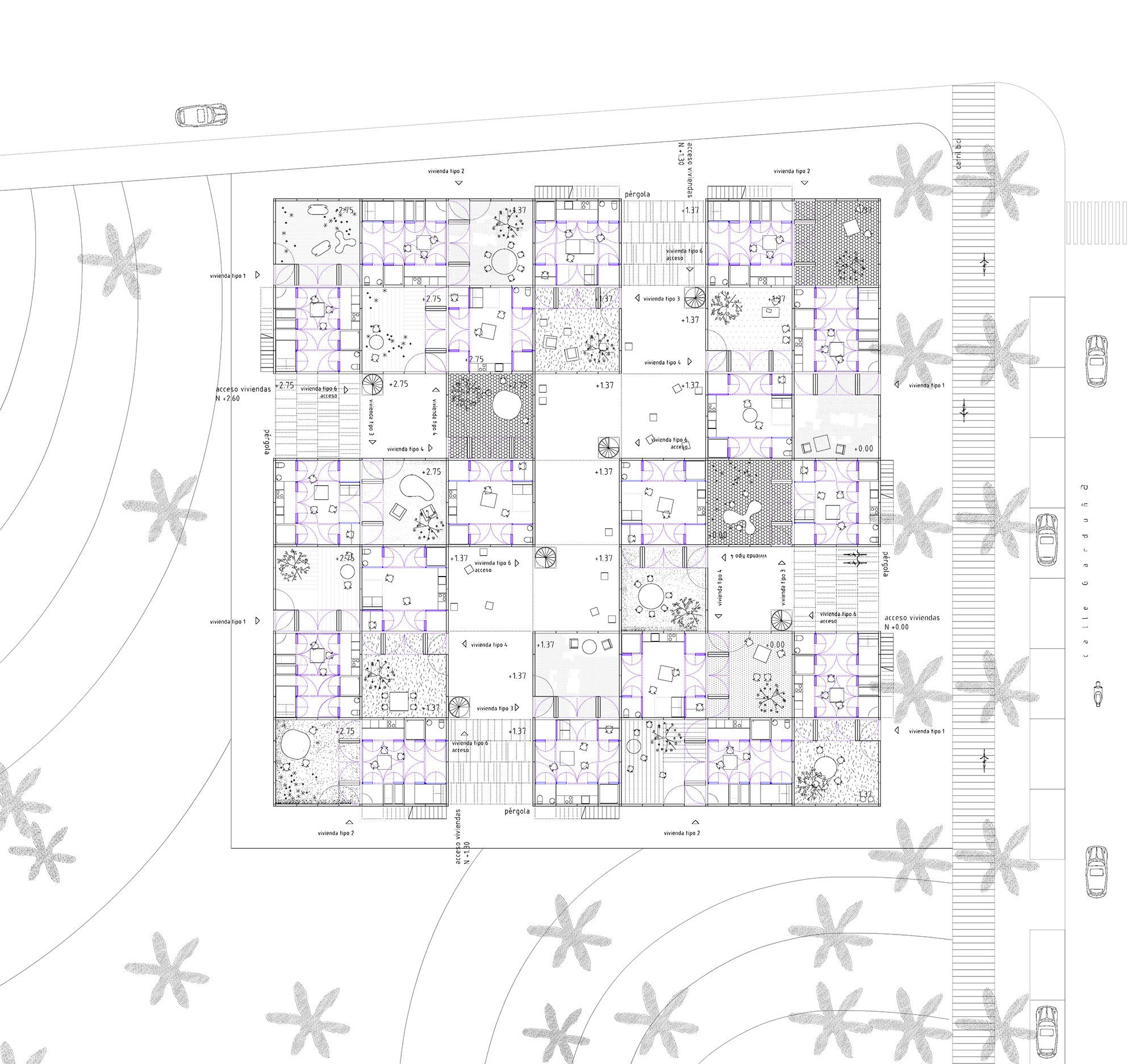