Hangar 16 in the former Slaughter House of Madrid

A former restored slaughterhouse in Madrid offers space for a variety of cultural and creative activities, such as exhibitions that utilize defunct carcass-hanging hooks to display delicate pieces of art.
Given a limiting budget, we reduced our architectural decisions into two unique actions. The first one uses a particular industrial element: doors. By manipulating their position, the functional possibilities of the design were multiplied. For example, the main space could be transformed into smaller spaces to celebrate different activities simultaneously. The second move was to recover the brickwork to establish a distinct atmosphere within the building. The execution of these two simple ideas reinforced the scale and proportions of the interior, while at the same time, it revamped the character of the building.
To satisfy the challenging budget set by Madrid’s City Hall, the adaptable intervention is based on a single material and structural feature. At the core of the concept laid a system of double-height, pivoted steel doors that can be easily adjusted to meets the needs of the user. The battery of doors encloses a central rectangular space, enabling this area to be segregated from the rest of the hall. One possibility is a neutral void that is suitable for avant-garde installation art and projections. When opened, the set of doors connects the central area with the rest of the space, achieving full flexibility.
When the central area is not enclosed, visitors have an excellent view of the building’s old interior, whose historical value has been preserved. Existing windows and doors are equipped with the same steel mechanisms, yet adapted for a modern intervention. Steel window shutters can be closed to block the outside environment and to darken the interior for concerts and performances. Displaying a similar character, the main door pivots at its central lateral point, thus becoming a marker that defines a threshold into the main space. The chromatic contrast between the converted interior and its monumental brick shell enhances this unobtrusive and elegant backdrop to public events, while allowing it to retain a subtle industrial aesthetic. 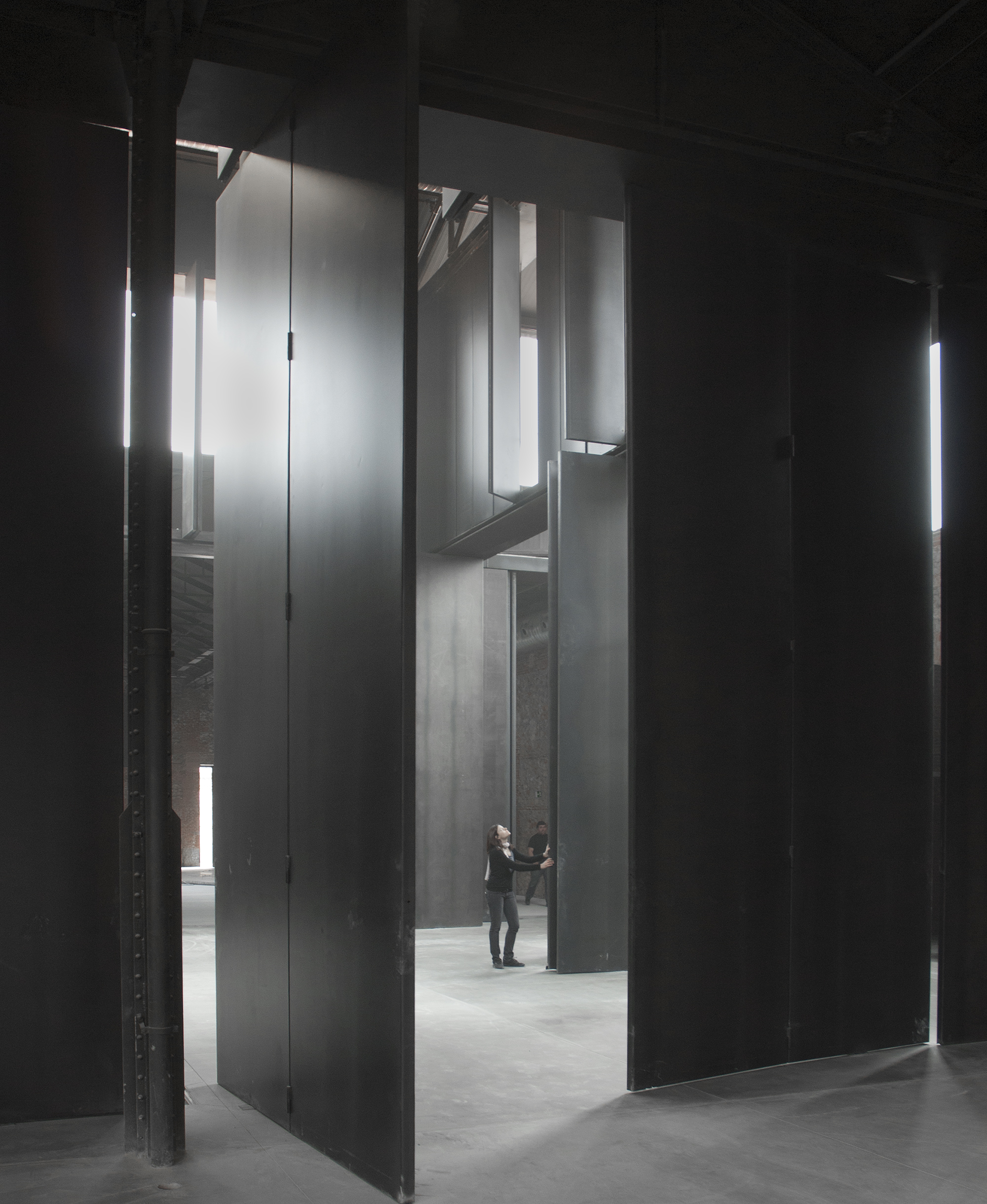 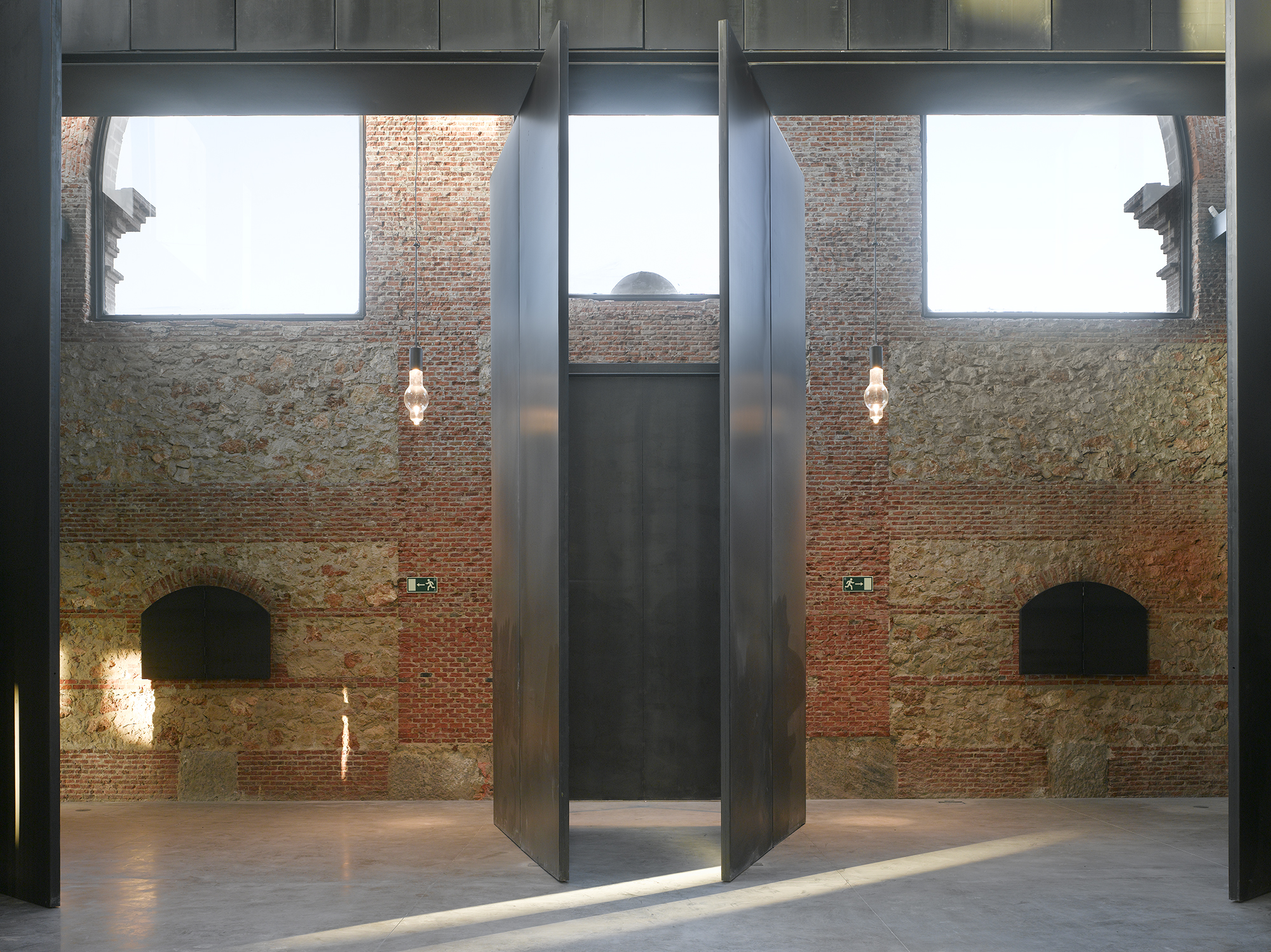 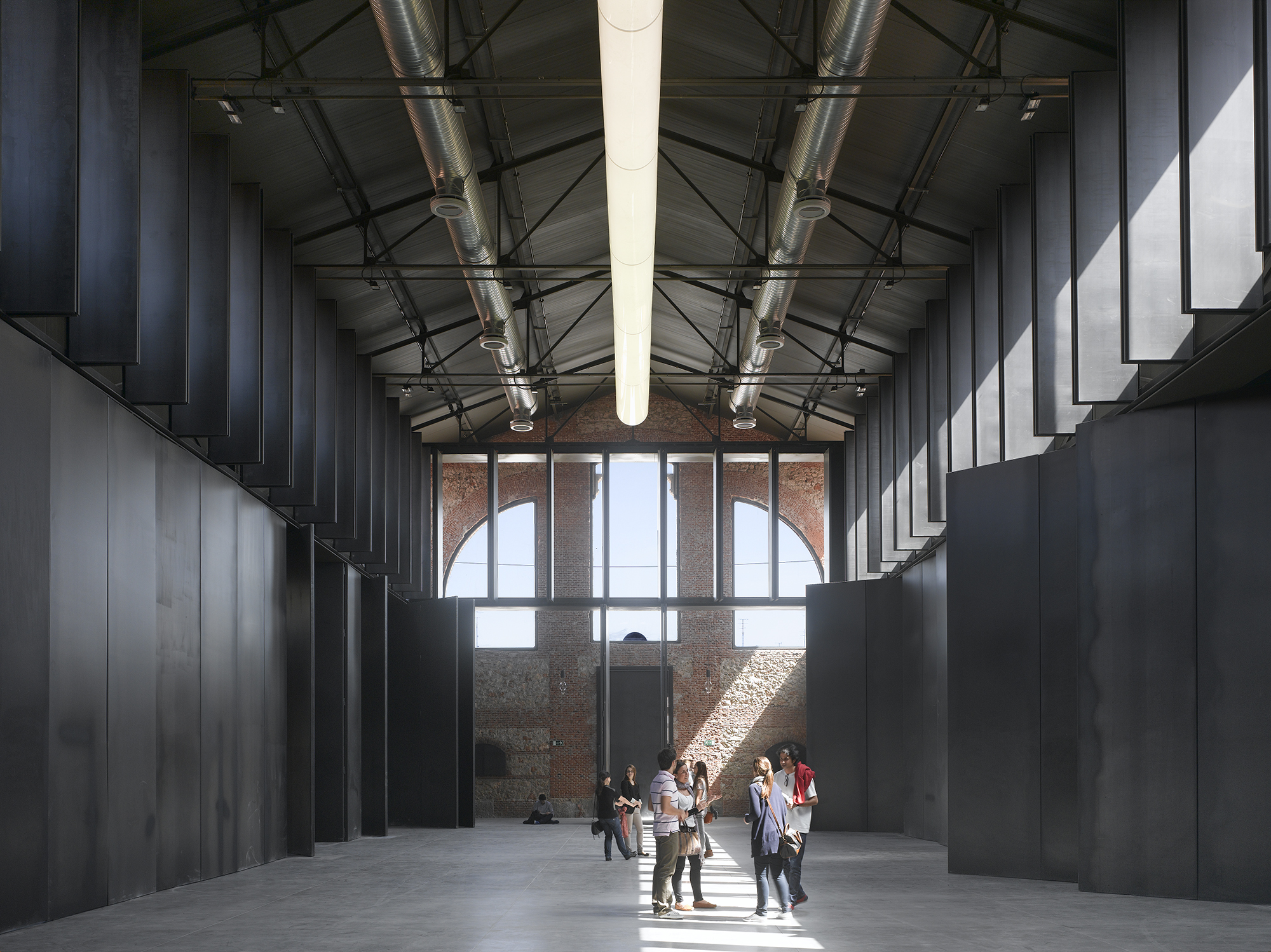 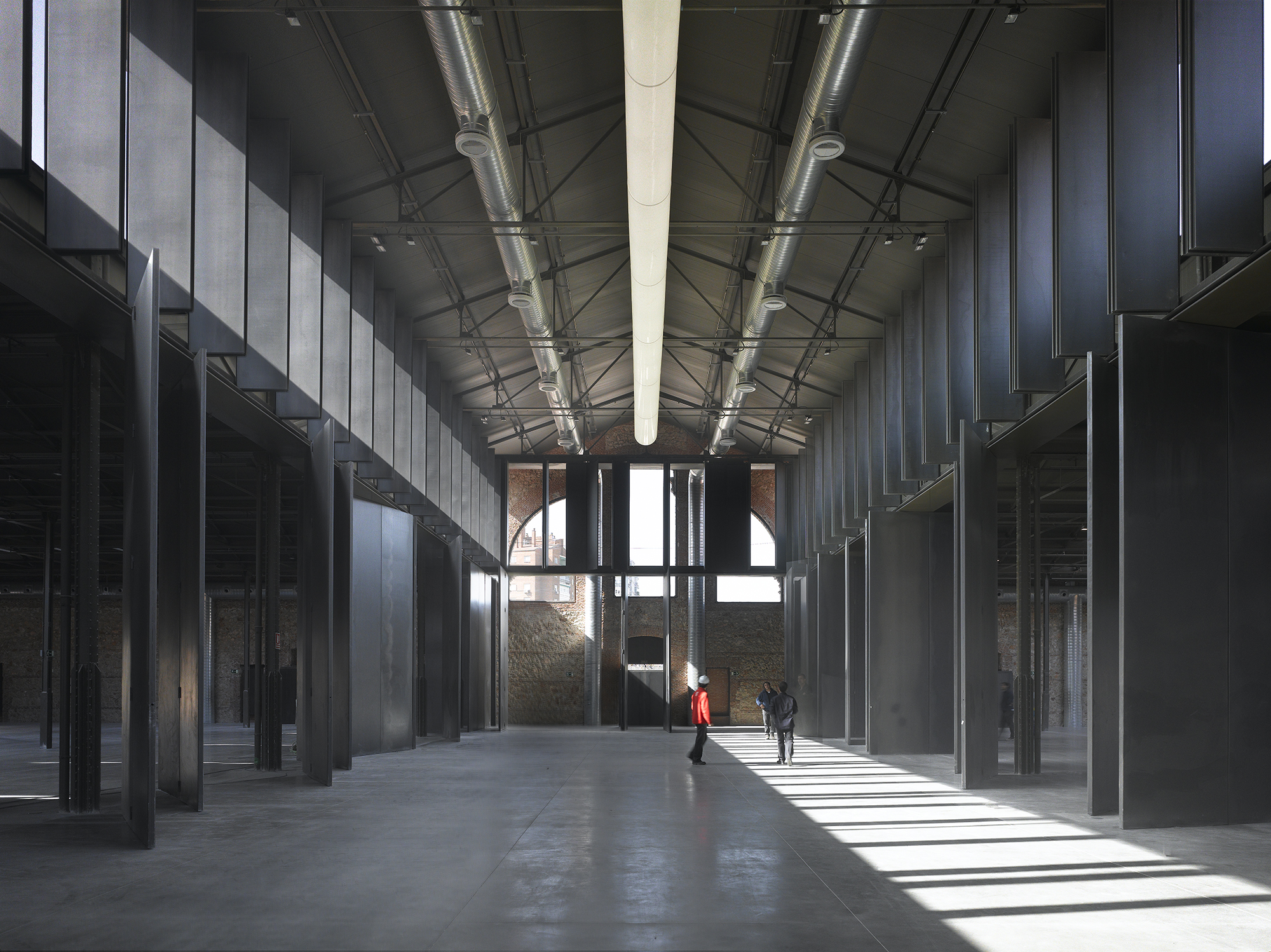