By Iñaki CarniceroNovember 6, 2018 No Comments 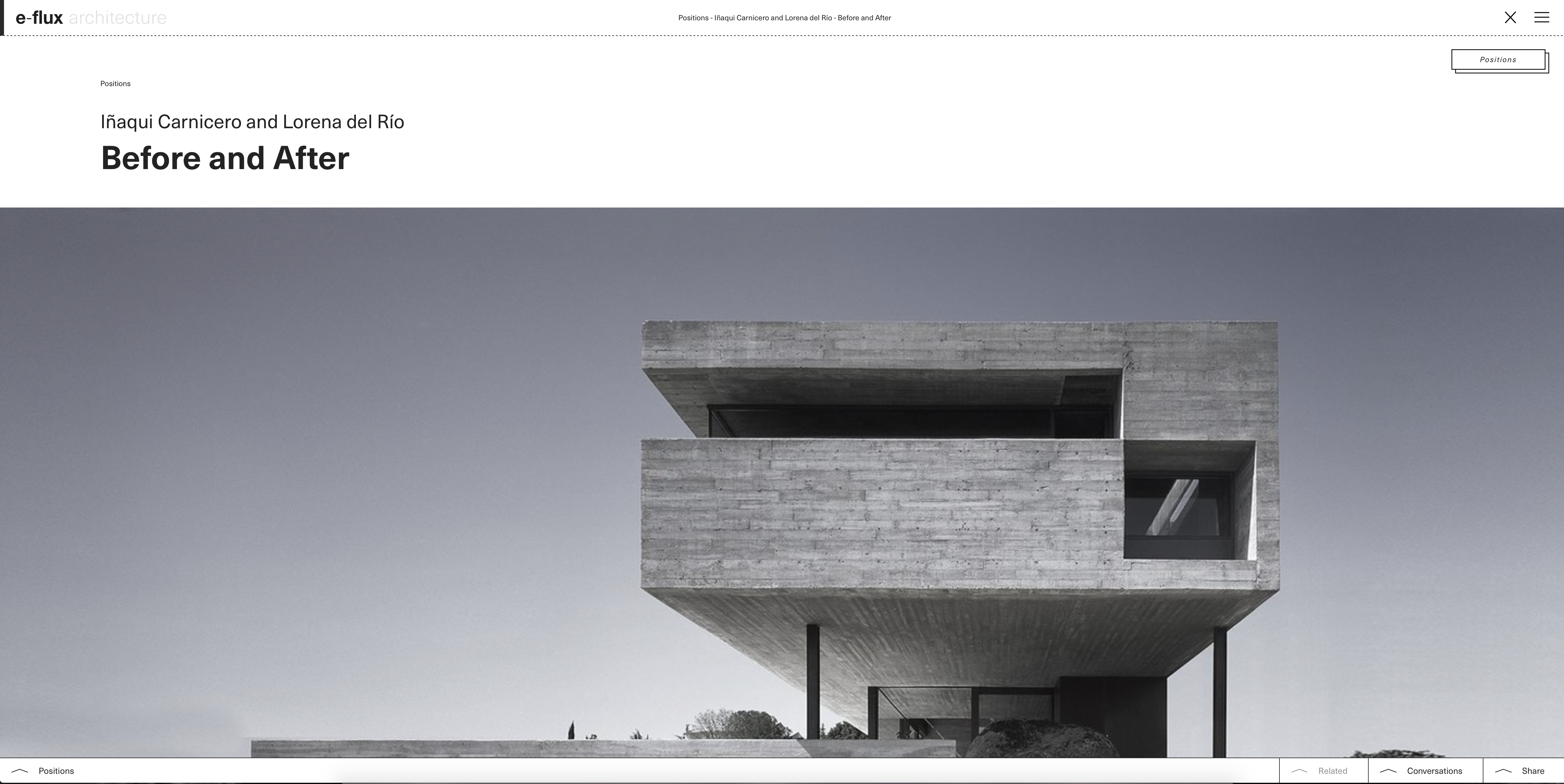 Positions is an initiative of e-flux Architecture. This interview took place during the e-flux conversation series Practice at Milano Arch Week 2018, held at the e-flux Teatrino pavilion designed by Matteo Ghidoni—Salottobuono, made with the help of the Friuli-Venezia-Giulia (FVG) Region and by Filiera del Legno FVG (with the coordination of Regione FVG and Innova FVG).

Iñaqui Carnicero is co-founder of RICA* and is currently Visiting Professor at Yale University. He co-curated Unfinished, the exhibition of the Spanish Pavilion at the 2016 Venice Architecture Biennale, which was honored with the Golden Lion.

Lorena del Río is co-founder of RICA* and is currently Assistant Professor at Cooper Union. She taught at Cornell University from 2012–2016 and at the California College of the Arts from 2016–2017, where she was the co-director of the research laboratory BuildLab.