By Iñaki CarniceroJune 2, 2011 No Comments 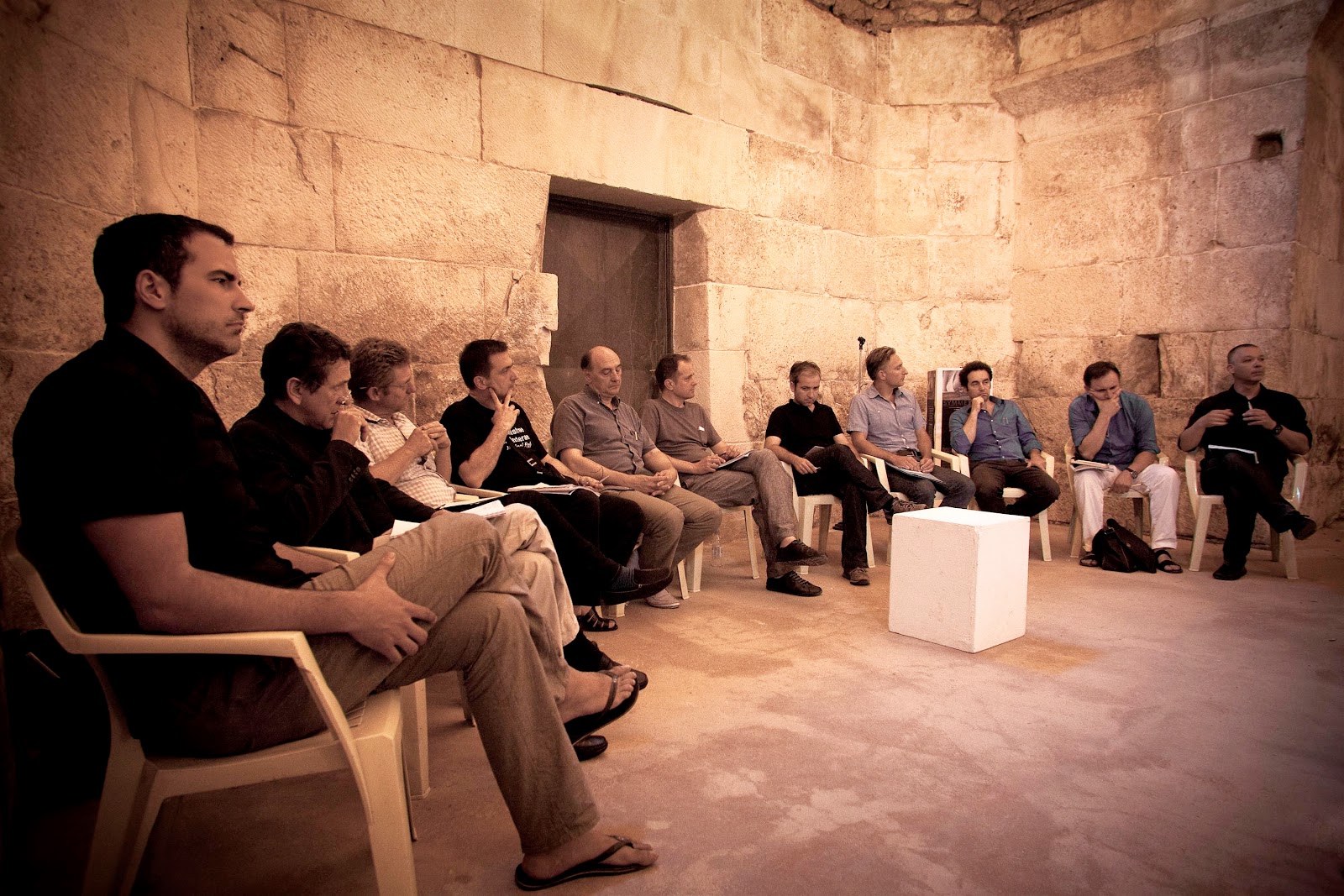 SYMMETRIES: Conceptual reconsideration of the past and its projection into the future has been a dominant theme throughout the history of architecture. This could be considered to be especially relevant today as a counter-force upon the on-going fascination with the avang-garde in many architectural schools and also given the current cultural and economic crisis which encourages a critical revision of inherited methods and protocols. In this context, the idea of “symmetries” emerges as a powerful concept for revisiting old urban tissues, particularly those which rather than encapsulating the past have opted for a creative and dialectic relationship with it, as occurs very eloquently in the city of Split. The emergence of a new city inside old Diocletian’s Palace conserving its original structure for a different use may give way to tracing and documenting the different symmetries (or a-symmetries, or equivalences, or opposites…) between now and then as a platform of possibilities for the future of Split. Student will therefore explore these latent symmetries with a variety of architectural, artistic and observational tools.
This workshop is a joint-venture between Madrid’s Architecture School (ETSAM) and Split’s Architecture School (GAF).

WORKSHOP: Student will work in teams towards the production of singular reflections of the workshop’s theme based on a close reading of the city of Split. Directors will act as tutors for the workshop and will conduct every working session beginning on Monday July 4, 2011. The first session will include presentation by directors based on the Symmetries concept and a guided tour around Split. During the working sessions on July 4, 5 and 6, directors will offer feedback and will organize collective debates upon work in progress. Thursday July 7 and Friday July 8 will be devoted to final presentations with criticism and lectures by invited speakers. All participants will be welcomed to an end-of-workshop dinner on Friday evening.

STUDENTS: A total of 30 students will attend Symmetries Architecture Workshop. The division is intended to make 50-50% students from Spain and Croatia, having a number of about 15 students per country. Students from ETSAM will be awarded 3 official academic credits for their participation in the workshop. Every student will be given an official certificate of attendance with ETSAM and GRADST stamps signed by their directors and by the workshop directors. Students are eligible from ANY SPANISH ARCHITECTURE SCHOOL.

HEADQUARTERS: Symmetries Architecture Workshop will be held in an extraordinary setting: an old tower inside Diocletian’s Palace at a walking distance from the student’s residence. This frame and proximity will offer the imbricate experience of living and working inside old Split for one week. Students are encouraged to bring laptops.
ACCOMMODATION: Accommodation will be provided by the organization and is included in the workshop’s fees as optional. Students will be housed in student’s residence. Food will be provided by the organization during the whole workshop week. Students should be in charge of their own airplane tickets.

PRICE: Tuition: 250 EUROS per student. Accommodation: 300 EUROS per student (optional). Students will obtain 3 academic credits from ETSAM and official certificates from GAF and ETSAM.
CANDIDATE SELECTION: A maximum number of 15 students from ANY SPANISH ARCHITECTURE SCHOOLS will be admitted at Symmetries Architectural Workshop. Please send graphic CVs to uponarchitecture@gmail.com before 10June 2011. Two scholarships will be awarded by ETSAM.
REGISTRATION: Payment transfer to UPON ARCHITECTURE
CC/ 3183 2800 15 0001016526.
Please send receipt before June 20 to: uponarchitecture@gmail.com