A small budget and very restricted regulations led us to take this commission as an opportunity to explore the potential of mobile mechanisms in a small domestic program.
The site, located on the way to Santiago in a small village called “Carrion de los Condes,” is near a path were hundreds of pilgrims pass every day. Beyond the boundaries of the urban tissue, the site is catalogue as an agricultural zone, where only small constructions with less that 30 m2 are allowed to be built.
Thus, the design solution was to develop a very simple system of revolving walls that would allow the user to expand the house while doubling the maximum surface permitted by regulations. An additional criteria of the client required that this shelter remain empty during long periods of time, allowing the space to serve a dual function as a retreat for meditation.
Yet another constraint in terms of occupancy further reinforced the idea of a dynamic structure, one that would remain open to the views when occupied, but which could also be closed as an empty abstract box in the landscape when users abandon the area.
The result is a double enclosure of movable volumes that adapts to the users’ requirements–a primary exterior shell divided in 4 self-supported steel box structures connected by hinges to the central core. By rotating these boxes different arrangements are achieved by expanding the primary massing into secondary spaces. Finally, an additional layer of sliding glazed panels allows the transformation of the exterior covered volumes into interior rooms.
The revolution-ary house can be summarize as an exercise in restraint, one where revolving mechanisms generate a flexible space that reacts to the seasonal changes, adapts to user requirements, and remains empty as a precious object in the middle of Castilla Leon´s landscape. 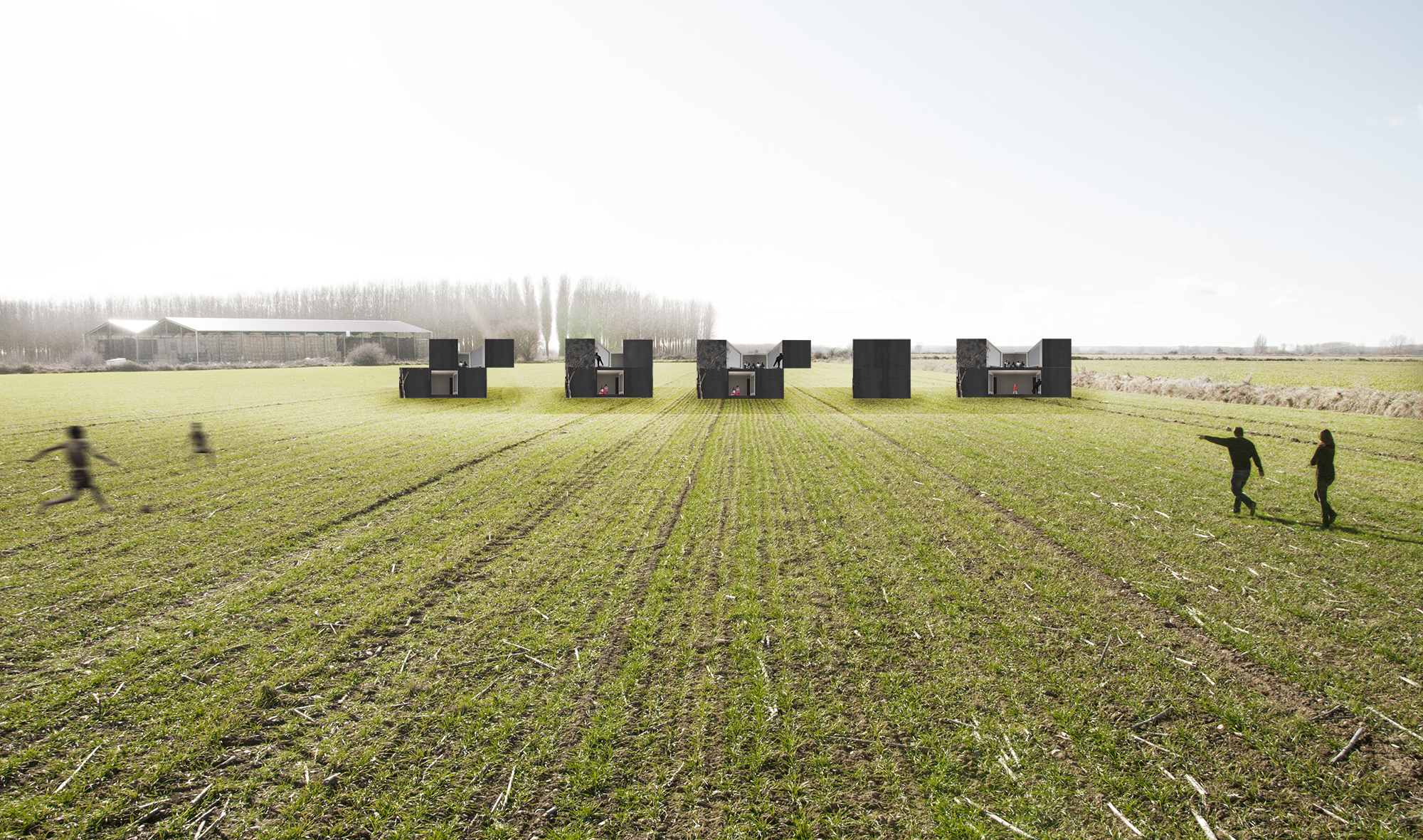 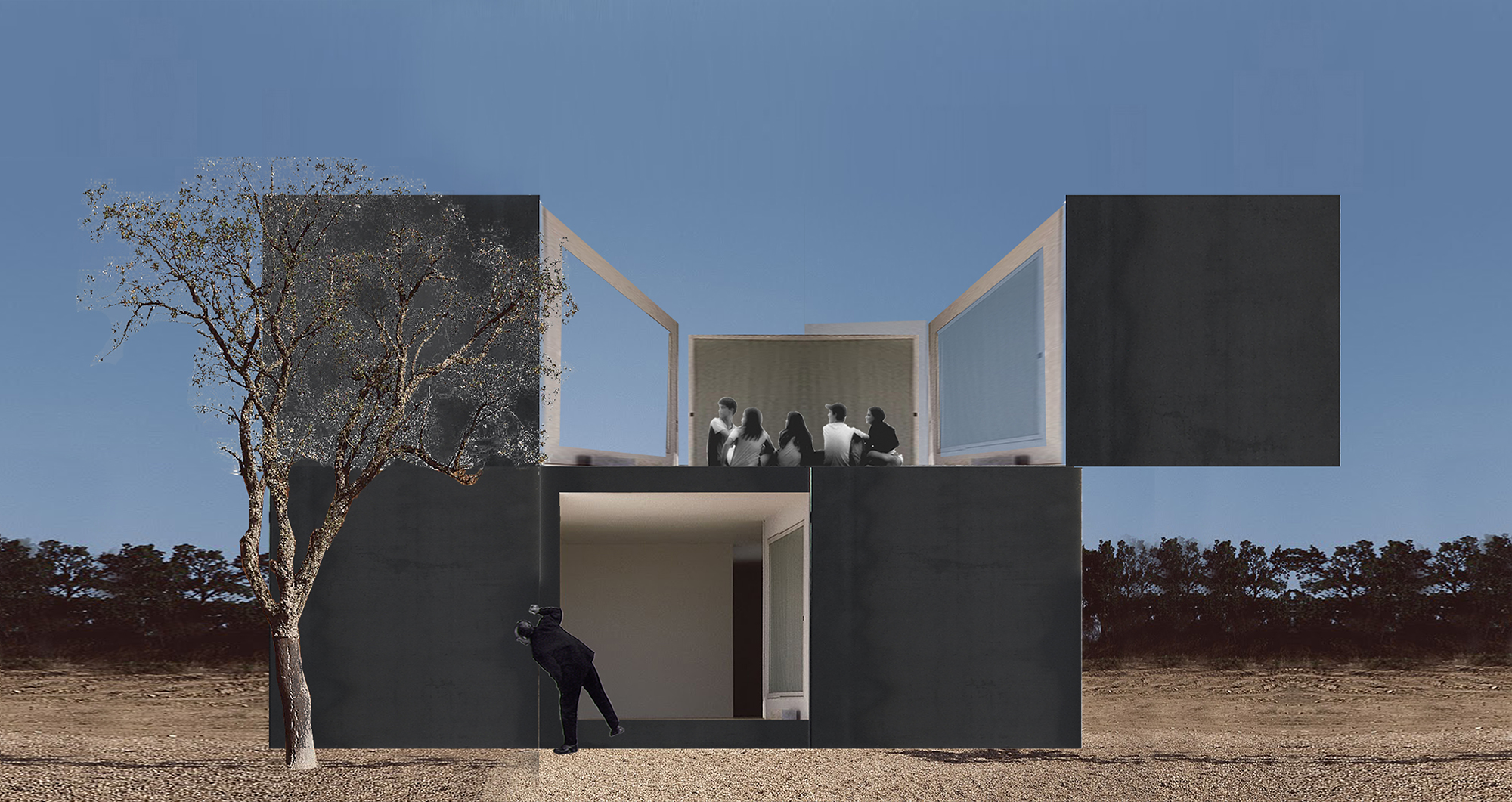