The city of Albacete in Spain is well known for its extreme weather conditions. Temperature ranges from -15º Celsius in winter to 40º in the summer. The building is an addition to an existing high school on a restricted site that lacks interesting views. The Campus’s surrounding vicinity includes several brick buildings that bear no relation to the site. The competition brief lacked a space for student interaction.
Our proposal defines an introverted building, where light would give character to a semi-open space. To make this possible, different volumes that contain functional programs rotate as they change level until they reach the third story, where the main classrooms face north orientation. Each floor has a strikingly different layout, creating a complex web of open and close spaces around a central courtyard.
The ground floor, divided into three work spaces, hosts heavy machinery. The glass facades allow the workrooms to be perceived as one, continuous space. The first floor, the core of the school, was designed as a cloister and contains the main circulations. This generates a place where students can meet in between classes. The second floor uses the same scheme of the ground floor, yet by rotating the plan 90 degrees, the level obtains adequate light for studying.
The complex section of the building also improves temperature conditions. The program is distributed internally around a non-heated indoor space that regulates temperature and adapts to changing environmental conditions throughout the year. 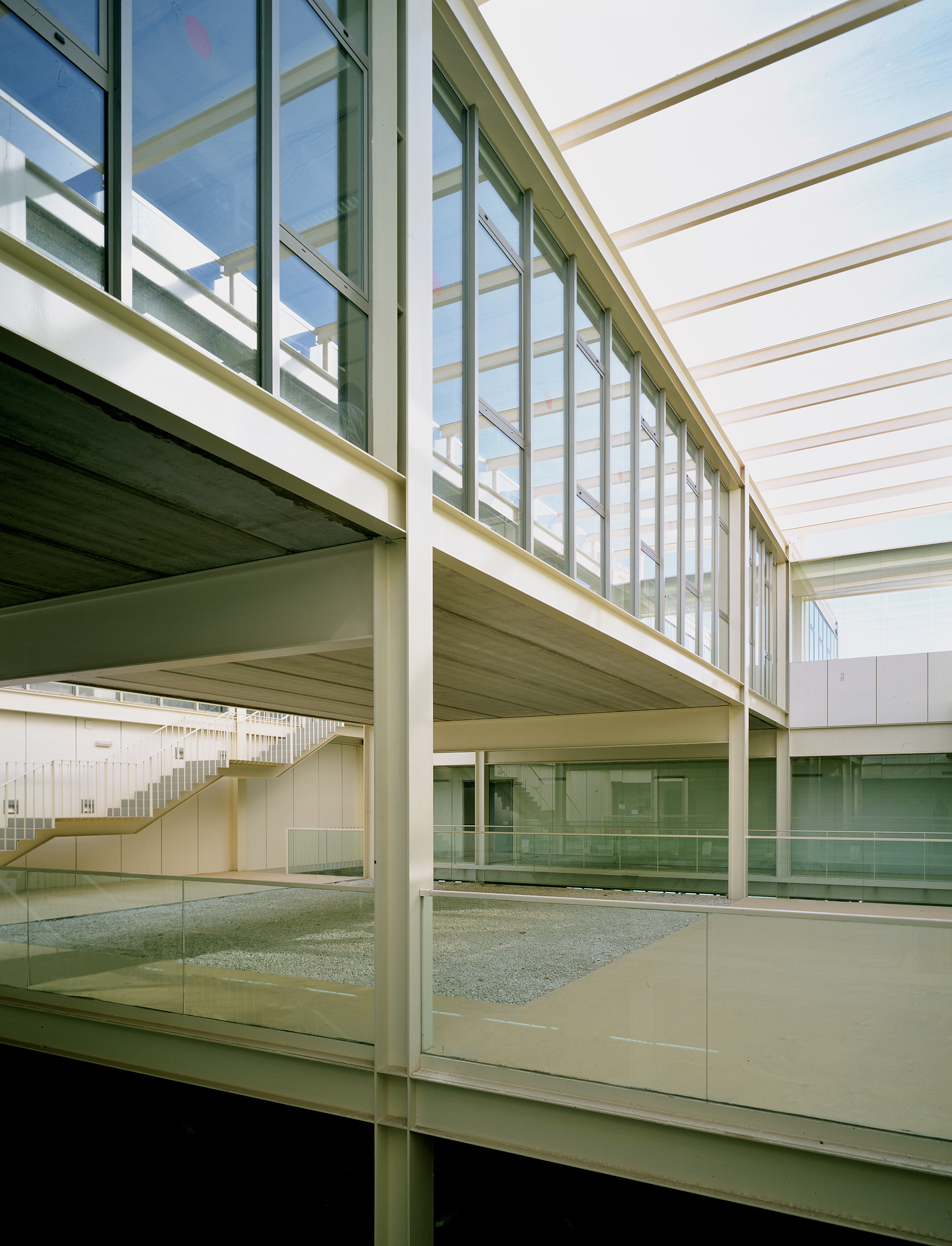 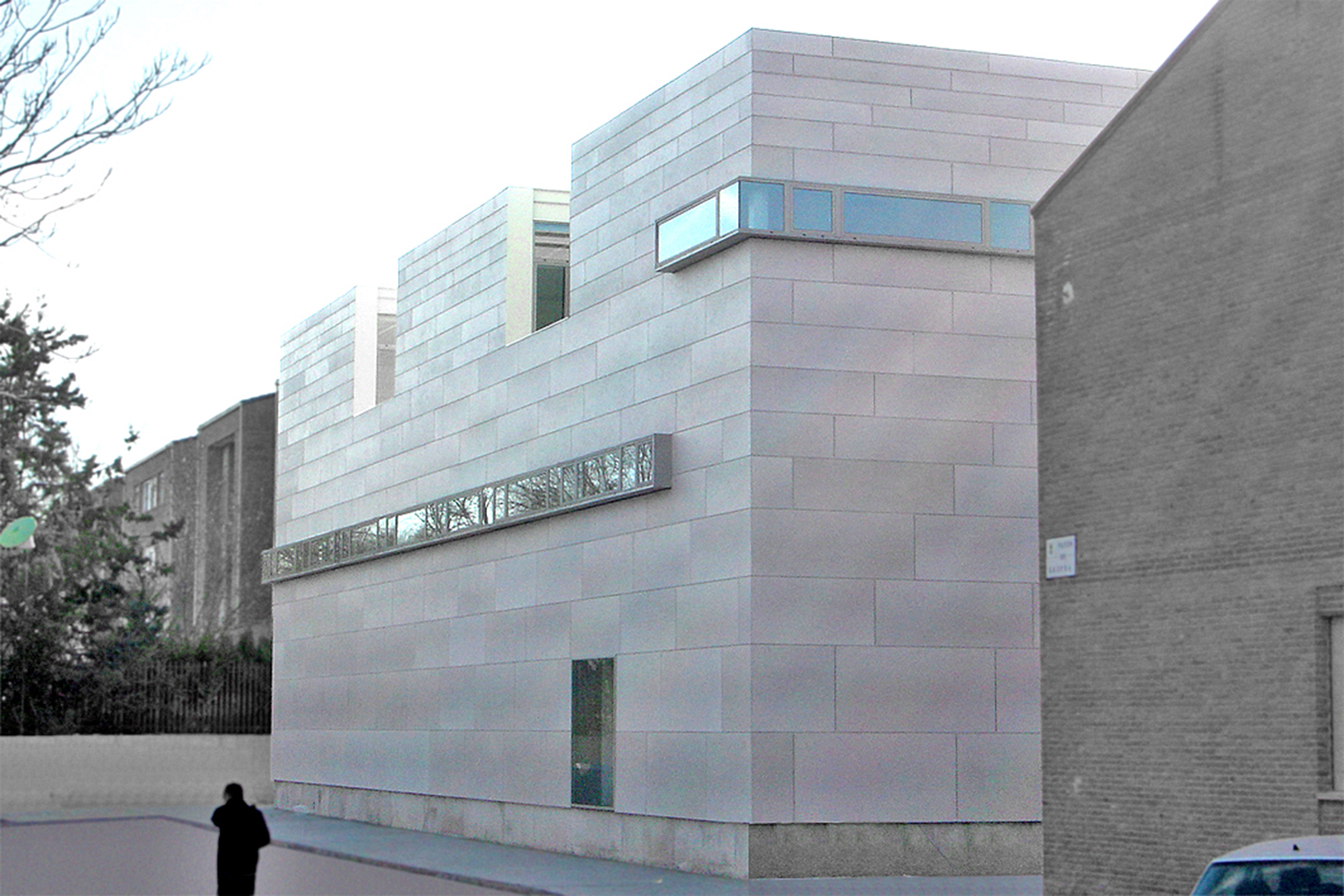 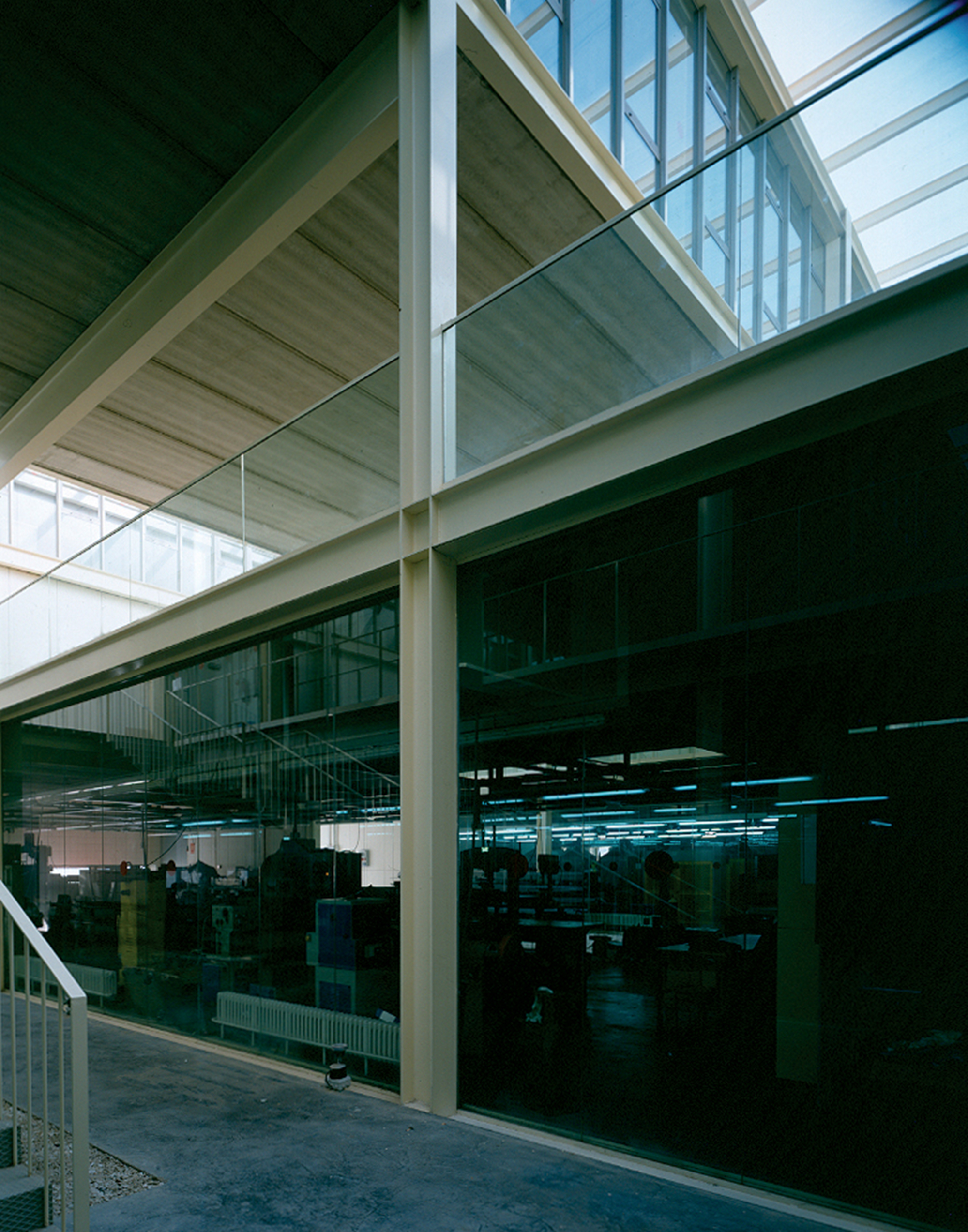