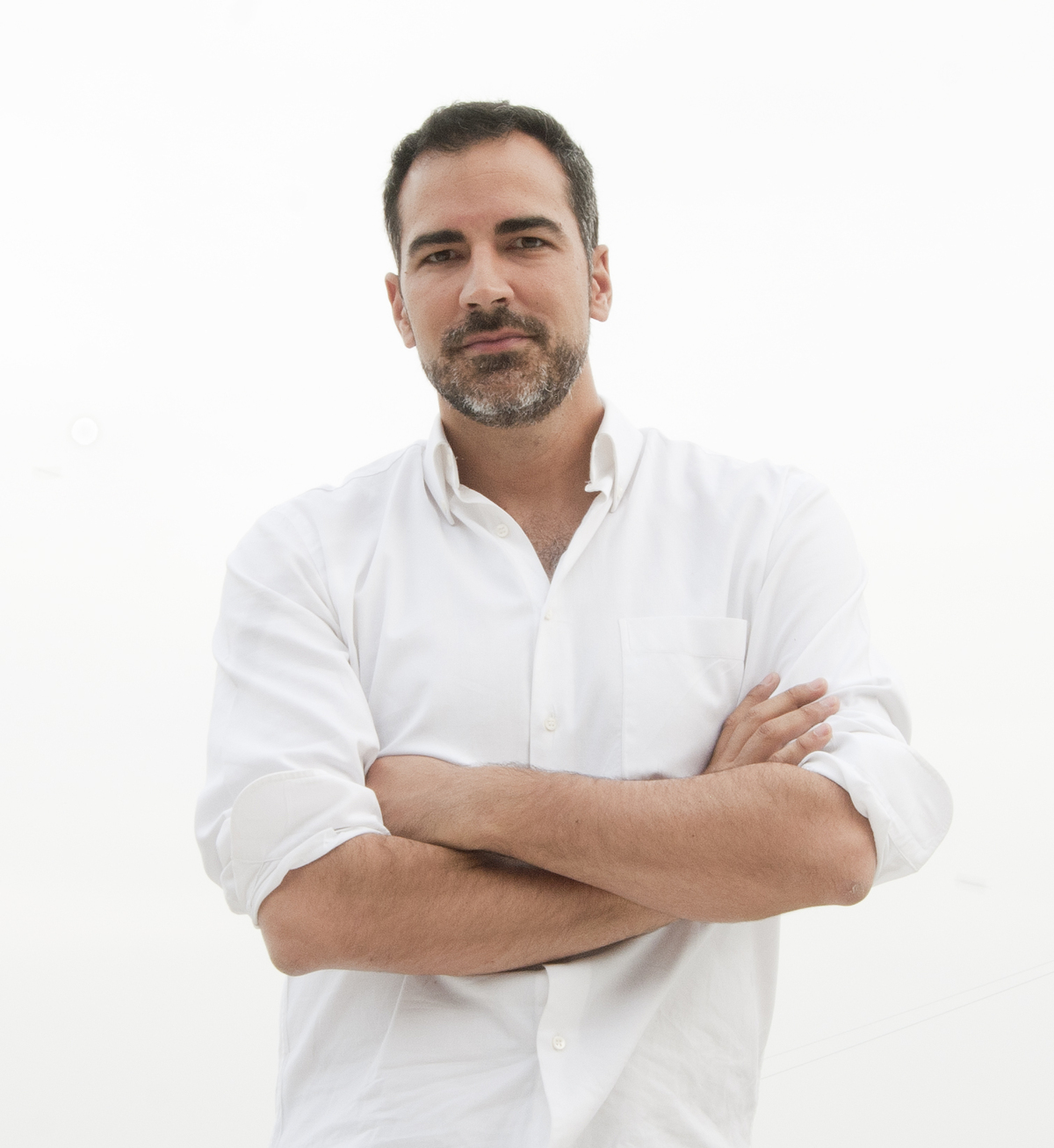 Iñaqui Carnicero, principal of RICA Studio, has been selected along with Carlos Quintáns to co-curate the Spanish Pavilion at the 2016 Architecture Biennale in Venice, “Reporting from the Front”. Iñaqui is active both in the academic field and in professional practice, which he combines to push the limits of architectural explorations.

Based between Madrid and New York, RICA Studio works on a wide range of projects ranging from social housing to museum design. Their work focuses on identifying design opportunities that arise from project constraints, to devise creative architectural solutions. Notable projects include Hangar 16 (Madrid), a former slaughterhouse renovated and transformed into a cultural center, Pitch House (Las Rozas, Spain), and Social Housing in Vallecas, a contemporary take on traditional Spanish architectural elements.

Iñaqui is currently a visiting assistant professor of architecture at Cornell University, and has previously taught at the Polytechnic University of Madrid. He has also lectured around in the US, China, Latin America, Europe, and more recently in India, as part of the “Taking Design to the Masses” symposium. His PhD research, which included a research fellowship at the Spanish Academy in Rome, revolves around the explorations on the perception of size in architecture, developed by Louis Kahn and Robert Venturi. The research has been recently published as Louis Kahn and Robert Venturi: Coincidences. From Gianicolo to Chestnut Hill. 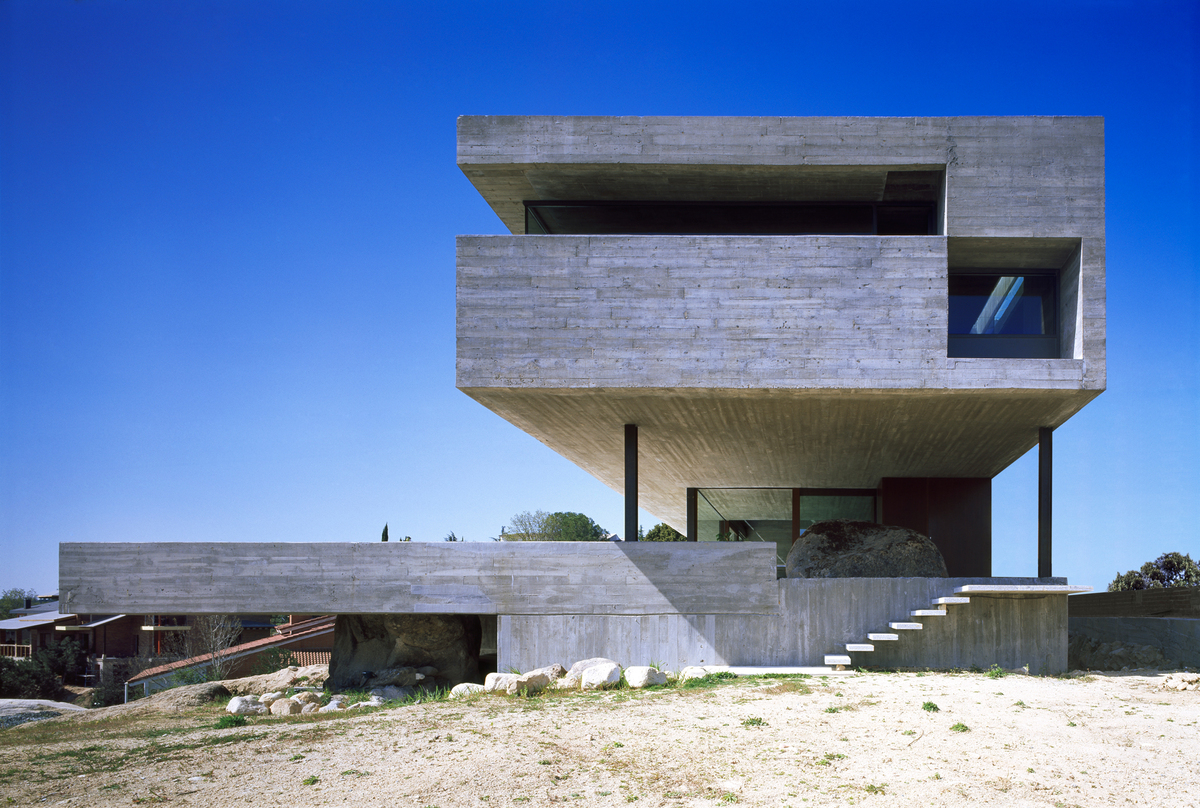 I spoke to Iñaqui about his role curating the Spanish Pavilion at the 2016 Architecture Biennale in Venice, discussing how his experience through changing economic realities in his country have shaped the way in which he addresses arising architectural challenges.

You started your career working in Spain as a young architect, in what you cite as the topography of profit (as coined by Julia Schulz-Dornburg). What came out of your work in that era, especially in terms of your theoretical understanding of architecture?

When I first started practicing I had the opportunity to participate in numerous architecture competitions throughout the entire Spanish territory. Their varied nature and short initial scope thus allowed me to explore very different sites and programs, ranging from public buildings to social housing. Moreover, being fortunate to win some of these competitions enabled me to build some of my early designs, understanding all of their implications early on.the lack of constraints—or resistance—during the design process allowed for a certain degree of subjectivity on the design decisions I made.

Back then I was far more interested in learning from the logic of construction techniques, rather than focusing on any kind of architectural theory. Budget was not a problem in that time, and the lack of constraints—or resistance—during the design process allowed for a certain degree of subjectivity on the design decisions I made. However, the projects that I have developed later on, especially those developed during the period of economic recession, have turned out to be far more interesting in how they work around constraints… and they inevitably draw more attention from the greater public. 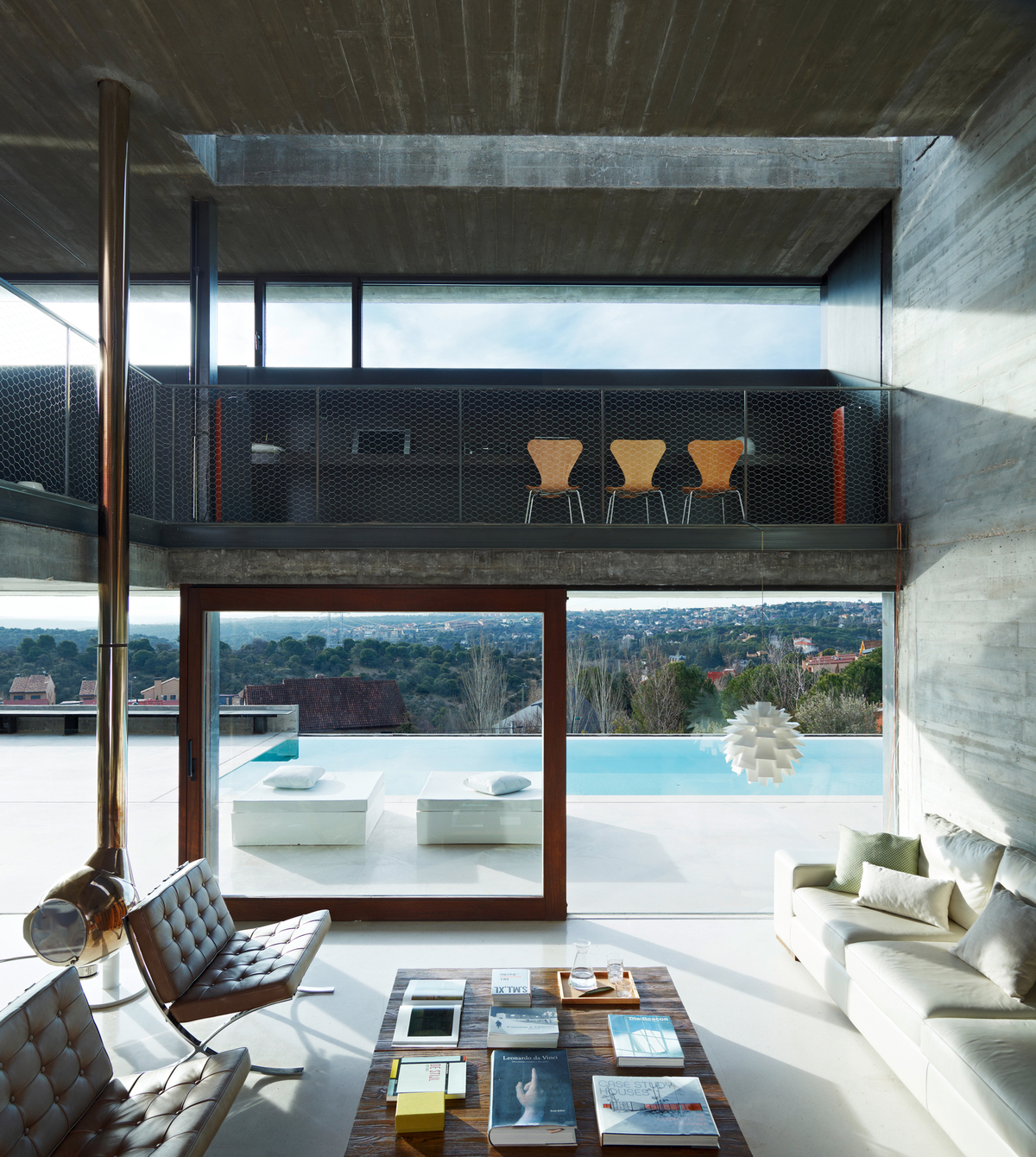 One noticeable quality about your work is how you have interiorized time as an element of design, and how your work revolves around the beauty of evolution. Restoring, reusing, adapting, transforming… how does time play into the contemporary discourse of architecture?

I spent a year as a fellow at the Spanish Academy in Rome as part of my PhD research. There I realized that the timeless beauty of the city was deeply connected to the fact that some of the most amazing buildings have survived over the years, adapting to the needs of society at different points in time. I also realized that the city has been built, destroyed and built back up again always reusing the same materials—a fascinating concept when you think about how restoration can transform the nature of a city with essentially the same components it had before. It is also fascinating to see that even today you can still read the presence of time in these constructions, which prevails over the imprint of individual authors. 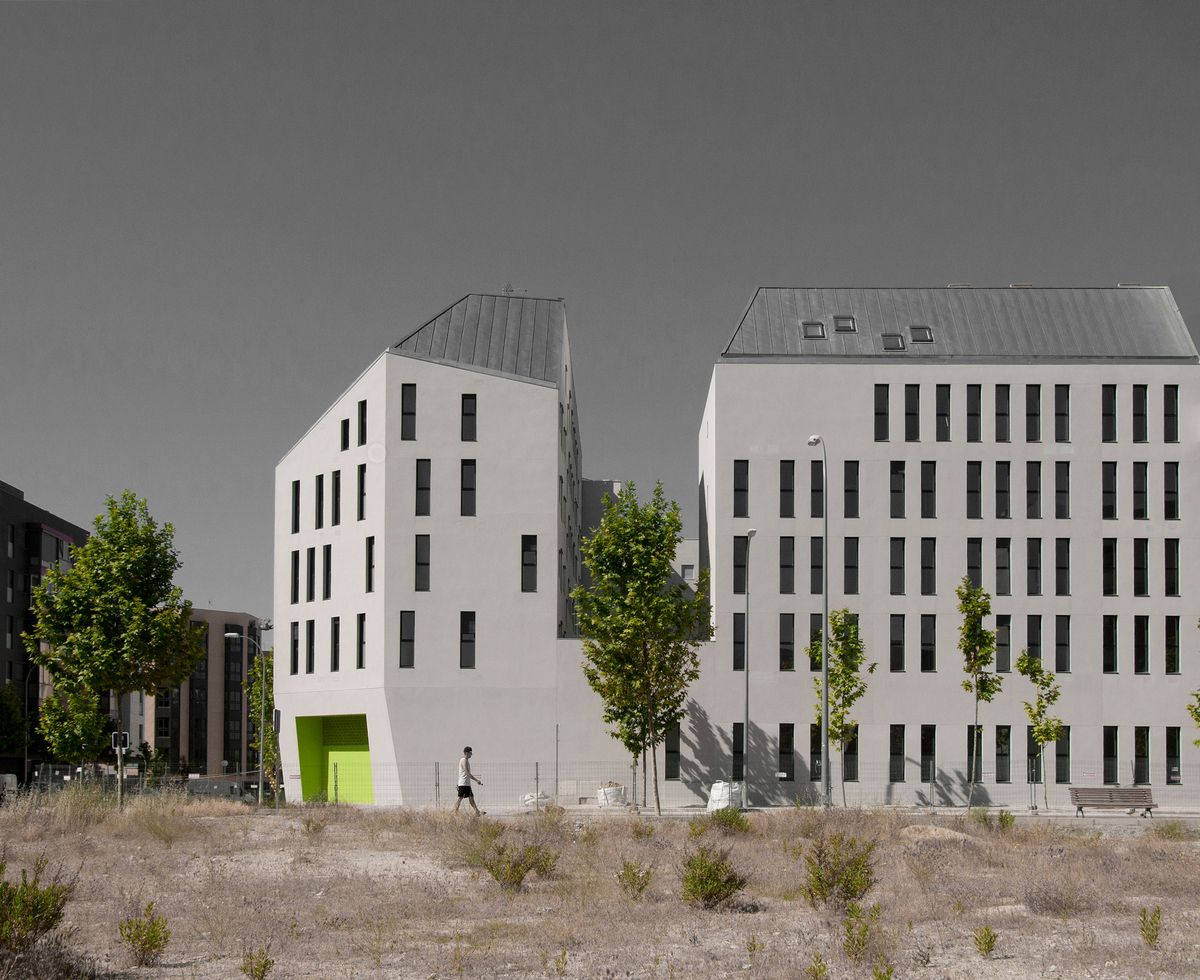 The 2016 Venice Biennale, Reporting from the Front, explores work that can “improve the quality of the built environment and consequently people’s quality of life.” Your proposal for the Spanish Pavilion, “Unfinished”, takes reporting as quite a literal endeavor. Could you tell us more about your approach, and how time comes in again as a pivotal element of the Pavilion?

Alejandro Aravena is inviting the curators from every country with representation at the Biennale to share what we think has been the major issue that Architecture has faced in the past few years. The idea behind this is essentially to give visitors a wider perspective on the major issues affecting different cultures and communities around the world through the issues exposed in each pavilion. Aravena’s proposal calls for a reflection on the mistakes we have made in the past in order to share solutions that may allow other countries to anticipate and avoid similar situations. The Biennale in that way becomes a vehicle for knowledge sharing, one that can help address issues shared across different contexts.The exhibition thus draws attention to these unfinished architectures in order to discover the virtues that can become design strategies.

At the Spanish Pavilion we want to share what we think has been the major issue for architecture in our country after the last period of economic growth, when construction was the main driving force of our economy. The current reality reveals the built presence and the unfinished remains of what was once the largest construction enterprise in Spanish history.  This legacy leaves behind a difficult situation where we must think about how to deal with large volumes that are not consolidated and often partially constructed. “Unfinished” seeks to serve as a reflection of the architectures born out of the resignation to respond to certain aspects. The exhibition thus draws attention to these unfinished architectures in order to discover the virtues that can become design strategies. Recognizing this as a collective process, the Pavilion will promote creative speculation about how to subvert the past condition into a positive contemporary action. It will invite the public to actively explore different projects and think about them not as ruins but as potential tools for change. 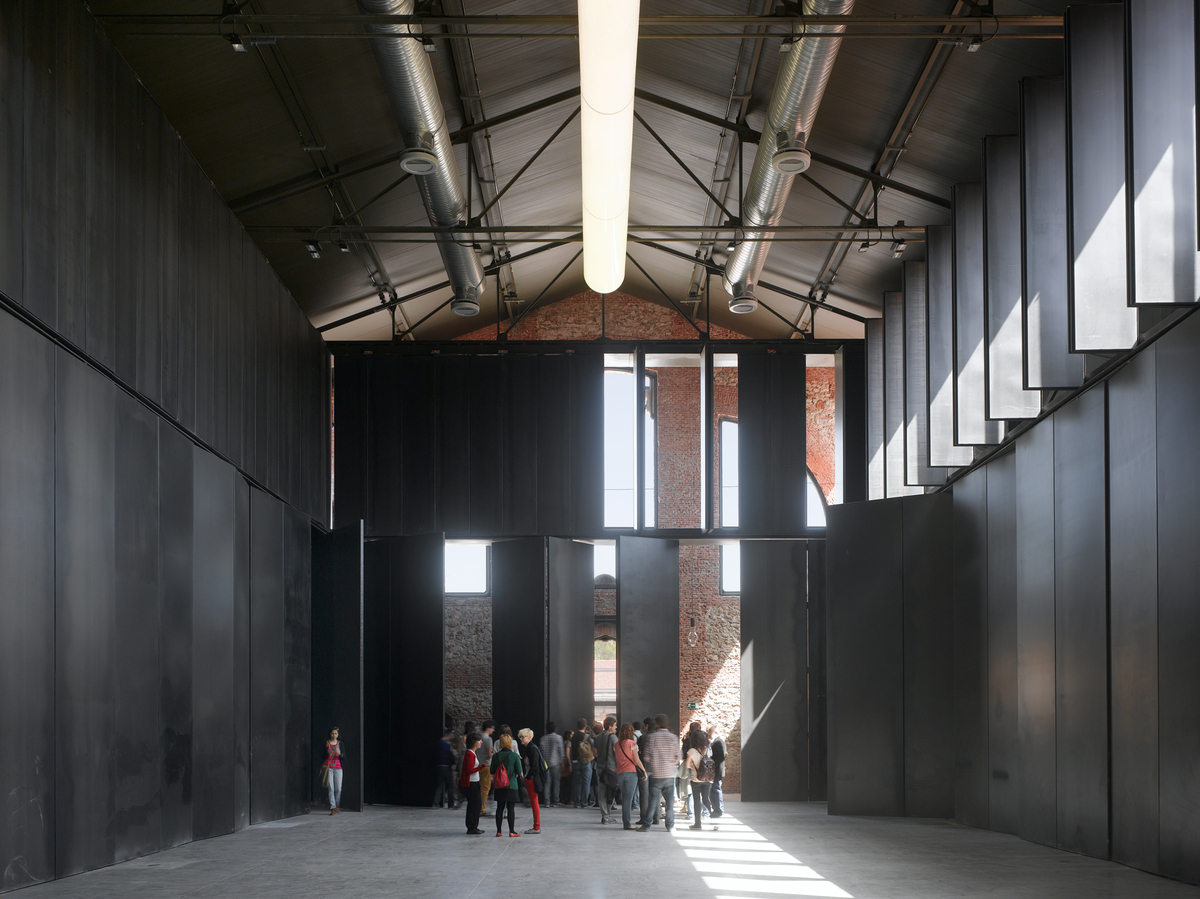 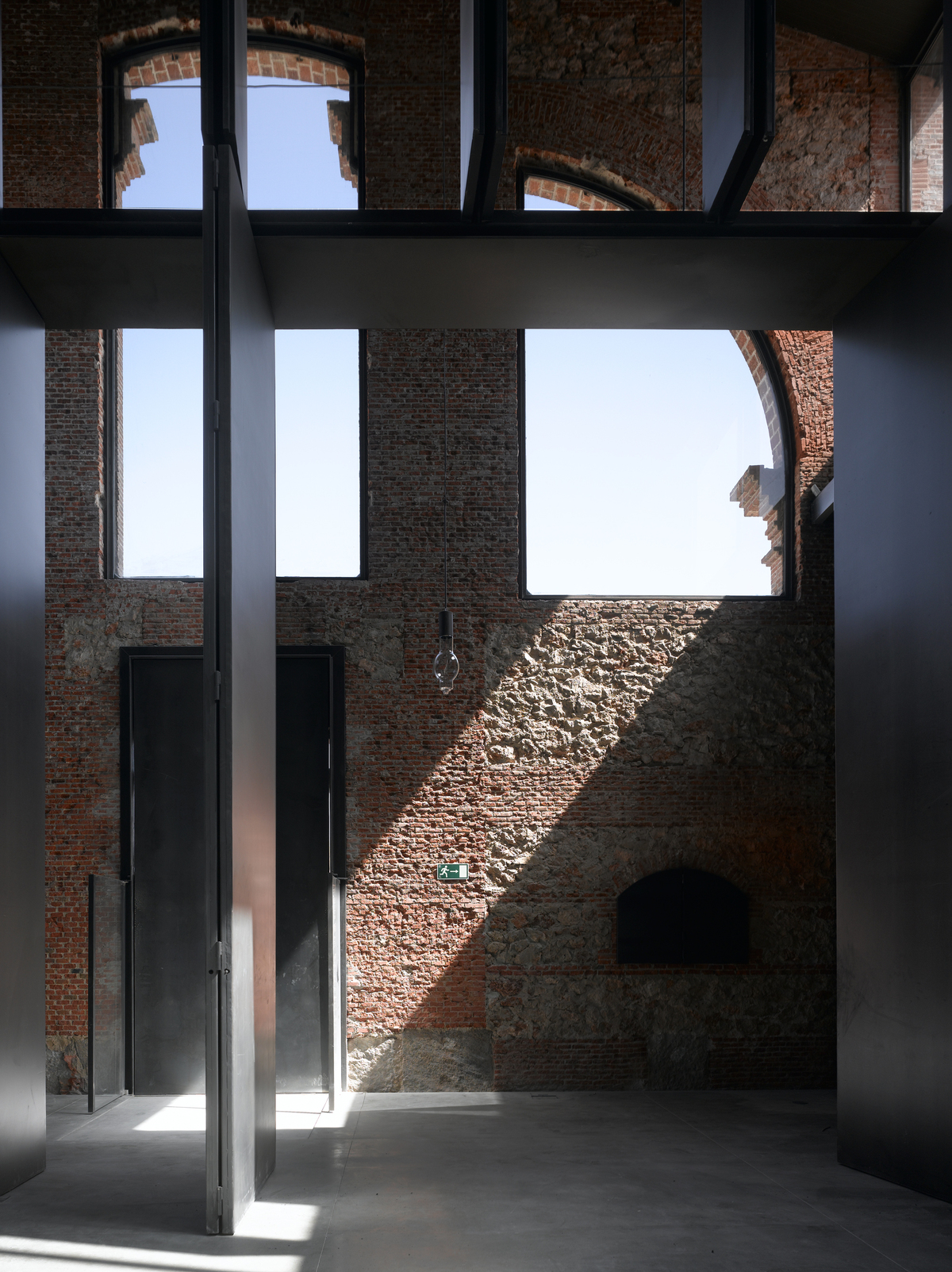 Alejandro Aravena, 2016 Pritzker Laureate and curator of the 2016 Venice Biennale, has invited architects “whose work is winning battles on the frontier, any kind of frontier.” In addition to having a website and blog, you propose the use of QR codes and GIFs for the Spanish Pavilion. What role does technology play in fighting those battles and overcoming the increasingly complex challenges that architecture faces today?

As we discussed earlier, the main objective of the Spanish Pavilion is to reflect on Spain’s unfinished architectures to stimulate a discussion around how to move from a discourse of past ruins to one of future opportunities. In this context, the role of these technologies is basically to index the information so that any person around the world can access it, not just those people who can afford to travel to Venice. It democratizes the process of building solutions, and expands the reach of the Pavilion, reflecting on the nature of our interconnected world.The real challenge is to raise one question vital to our time, one that can help us move in the right direction.

The “Unfinished” website seeks to incorporate the information collected from this research and make it available to everyone. Someone outside Venice can access the project via the web, whereas someone physically at the Biennale can use the QR codes to engage in the live global discussions that the Pavilion brings up. Similarly, the GIF format is crucial in incorporating time as an element essential to explaining particular projects. It enables the audience—both in and out of Venice—to intimately relate to the relevant projects, enhancing the discussion around transformation beyond purely static images. Altogether, the use of multimedia reinforces the notion of a democratic approach to devising creative solutions for our “unfinished architectures”, and plays into the theme of the Biennale by reporting to an audience beyond that which is physically present. 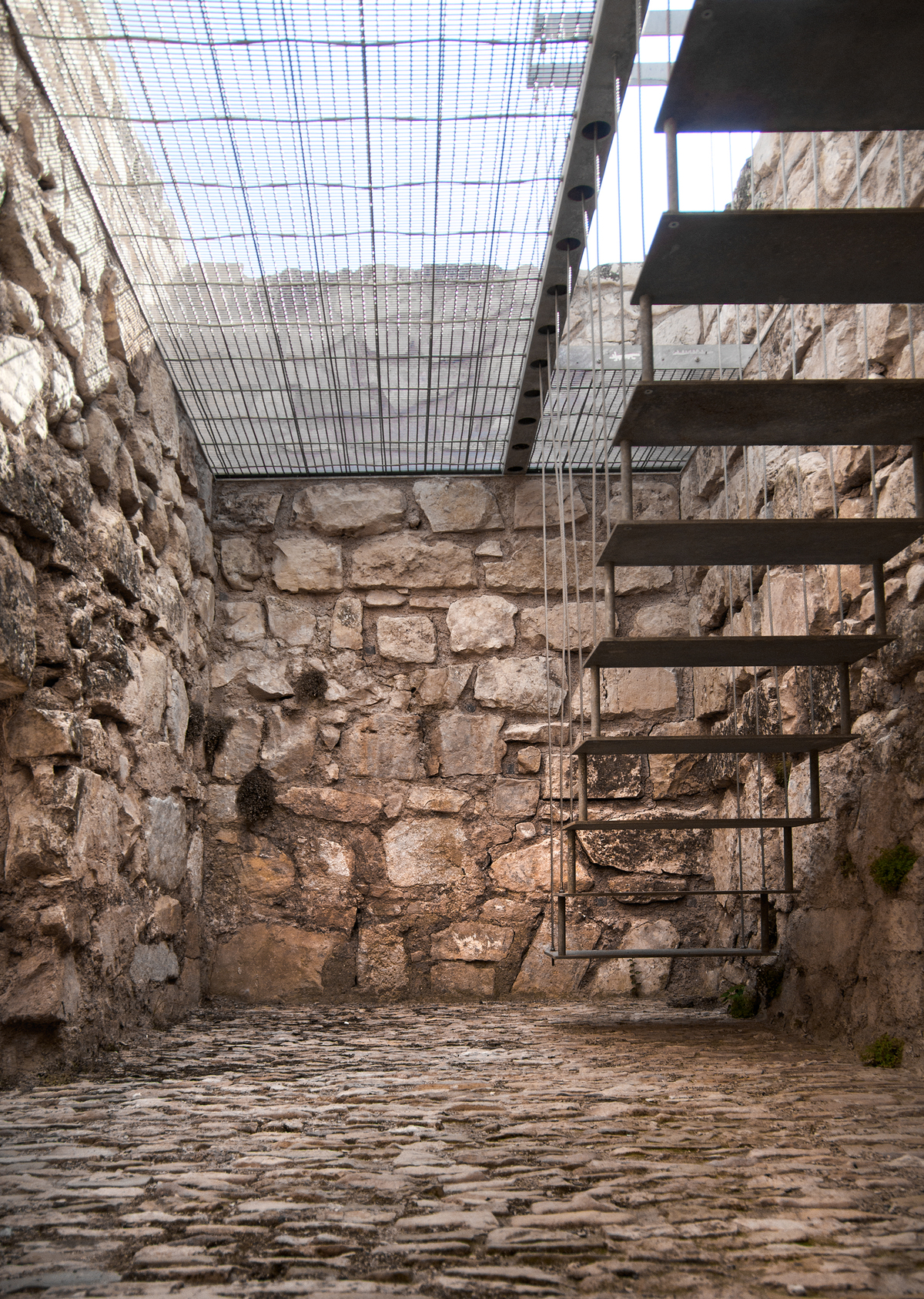 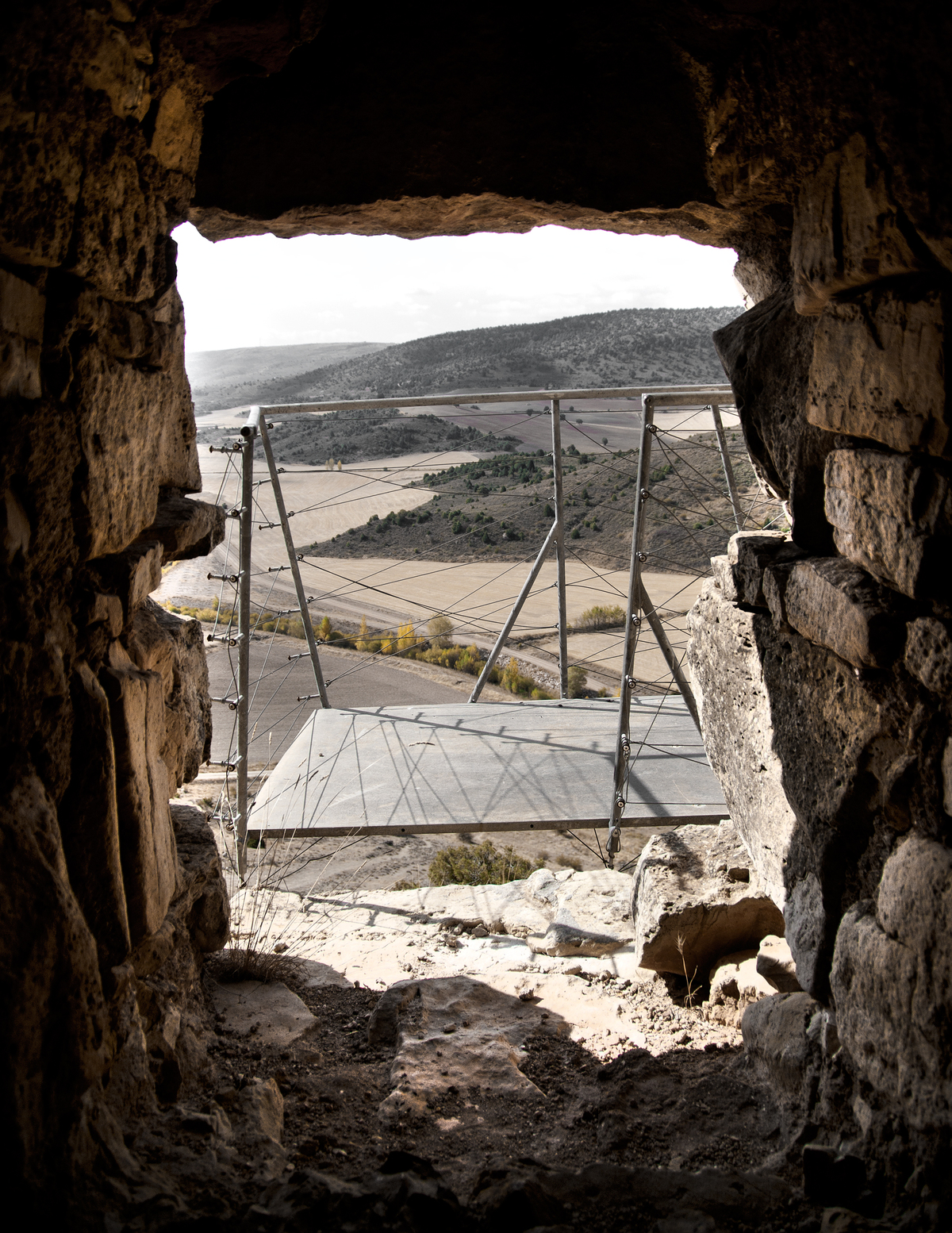 Your role in the Biennale will be more of a curatorial one, where you and Carlos Quintáns co-curate the work of other Spanish architects. As its name, “Unfinished”, suggests, the platform will evolve throughout the duration of the exhibit to showcase work that is, in one way or another, a work-in-progress. What are your criteria for selecting which projects to display, and how does it plan to address Aravena’s social focus for the Biennale?

We think that the challenge of curating one national pavilion at the Biennale transcends beyond exhibiting the work of 10 brilliant Spanish architects. The real challenge is to raise one question vital to our time, one that can help us move in the right direction. In that spirit the exhibition will showcase the work of 60 selected architects from the Spanish context, displaying interventions related to our chosen topic. In addition, “Unfinished” will launch a series of lectures and events running in parallel throughout the summer to enrich the conversation and add a greater perspective to it. As I’ve said, we want to broaden our audience and really enhance the discussion to maximize its impact. 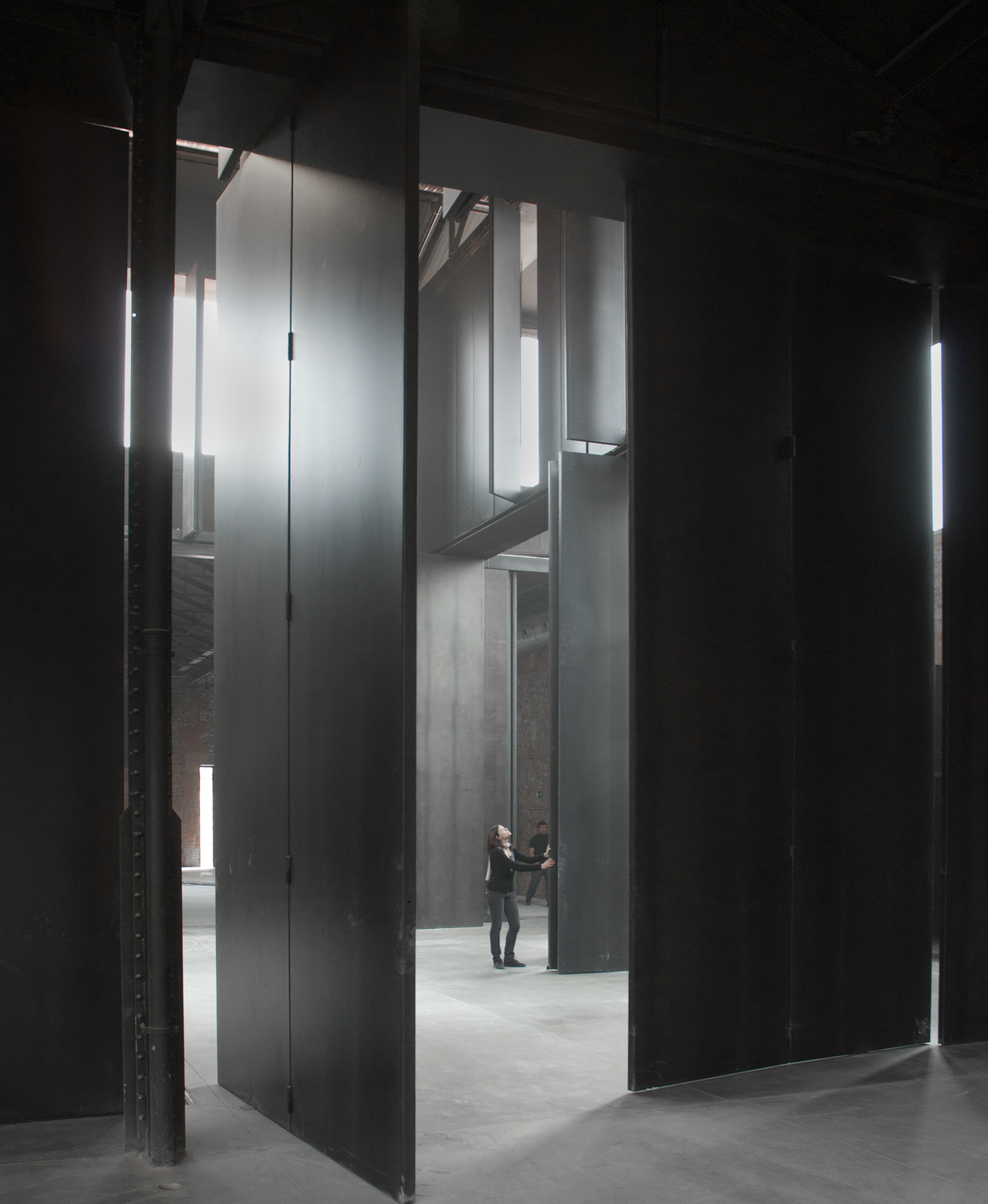 Your Pavilion proposal quoted Robert Venturi in saying that “architects are highly selective in determining which problems they want to solve.” What then do you see as the most pressing problem that architects should strive to solve? Do you believe that focusing on social problems can (or should) be the architect’s responsibility?

Actually, that is Venturi quoting Paul Rudolph and referring to the Farnsworth House. The radical nature of that house is related to the fact that it does not respond to specific architectural problems such as privacy, energy saving, etc. In order to reverse the negative condition (and connotation) of the abandoned constructions in the Iberian Peninsula, we wanted to promote a positive architectural action that has to do with reducing the common problems that our discipline has historically dealt with. By removing one aspect from the equation we have incorporated a constraint in the design process which produces interesting results.It brings out the power of the unfinished, and highlights the importance of exploring how to target these works rather than dismissing them as elements of a lost past.

To give you an example, we have launched a Call for Projects that looks for interventions without the traditional factors of our discipline such as site, structure, cladding, material, new space, or urban regulations. In a very short time, we have received more than 500 projects that display really unexpected and interesting solutions. This idea relates to our interest in testing the limits of design, as well as demonstrating the amount of architecture that needs to be produced from scratch nowadays. It brings out the power of the unfinished, and highlights the importance of exploring how to target these works rather than dismissing them as elements of a lost past.

I think design is an extraordinarily powerful tool that we have been trained to use in all kinds of economic and social contexts. The great thing about focusing on social problems however, is the very real possibility of improving the living conditions of the less privileged groups in our society. It is exciting to think about the huge impact we can have by means of very limited and contained moves. 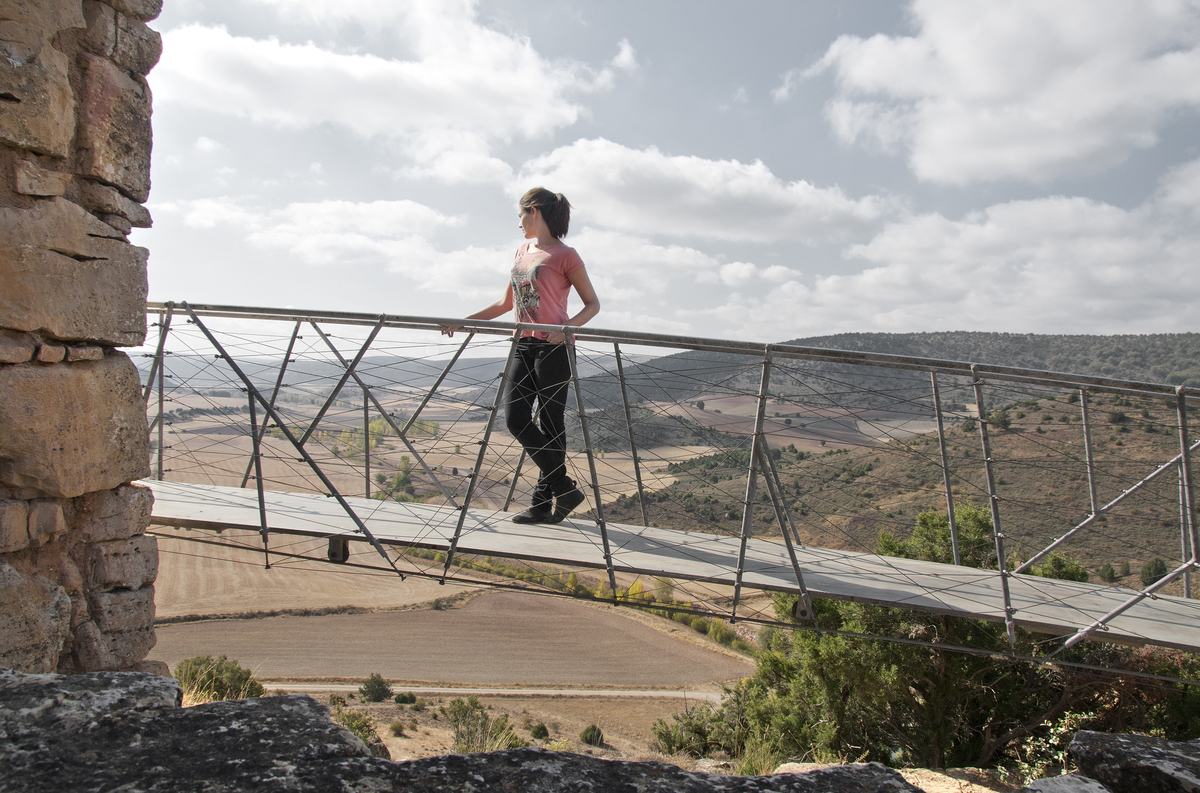