By Iñaki CarniceroJanuary 18, 2012 No Comments 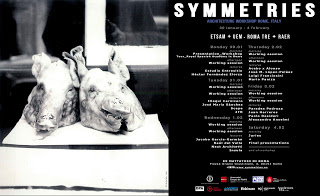 SYMMETRIES is a platform led by Iñaqui Carnicero, Jacobo García-Germán and José María Sánchez and a set of initiatives devoted to think about the dialogue between past and present in the urban structures of cities with a Roman origin. SYMMETRIES draws links between places, institutions and universities from Spain and the rest of Europe with the common argument of architectural education. The result of this initiative is holding Workshops + Congresses with architects and architecture students.SYMMETRIES can be framed within the growing interest and concern for the heritage aspects of architecture and the city, particularly in the context of the crisis of the prevailing urban models that has become so evident in the Spanish context of the last two decades making a reconsideration of old urban fabrics something relevant as an area of reflection with renewed interest.