The competition required us to adhere to specific restrictions: alignments with the existing urban fabric, the site’s chamfered corner, setbacks for attics, and specific building heights. In the surrounding neighborhood, these constraints have created very monotonous and repetitive buildings that differ from each other merely by the color of brick used in their construction.
In order to prevent our building from falling victim to the homogeneous surroundings, we took the generic shape that was given as a constraint and used it as a starting point for the design. We capitalized on the corner chamfer, repeating it multiple times on the overall building volume. These chamfers were used not for their representational value, but rather for their performative logic. The chamfered corner first determines the building’s sectional organization, after which the three-meter setbacks are applied to the roof, creating spaces for attics. The building’s faceted surface recalls images of a giant rock, and a series of voids penetrate the facade, altering and determining the location of different rooms within each apartment. On the interior, the sloped planes create attractive double-height spaces: a superior living space when compared to the typical standard apartment. Ultimately, the overall form of the building can be characterized as a series of beveling operations that generate sloped facades which lack a clearly recognizable scale: floor heights, window dimensions, and entrance locations become blurred.
Instead of arranging two symmetrical apartments on either side of a hallway, we proposed a cluster of three living units per access core, thus optimizing the mechanical performance of the building. The intense green color that was used in various areas of the building was inspired by its adjacent neighbor. In doing so, our L-shaped building becomes a defining corner piece that completes and connects the entire perimeter block. 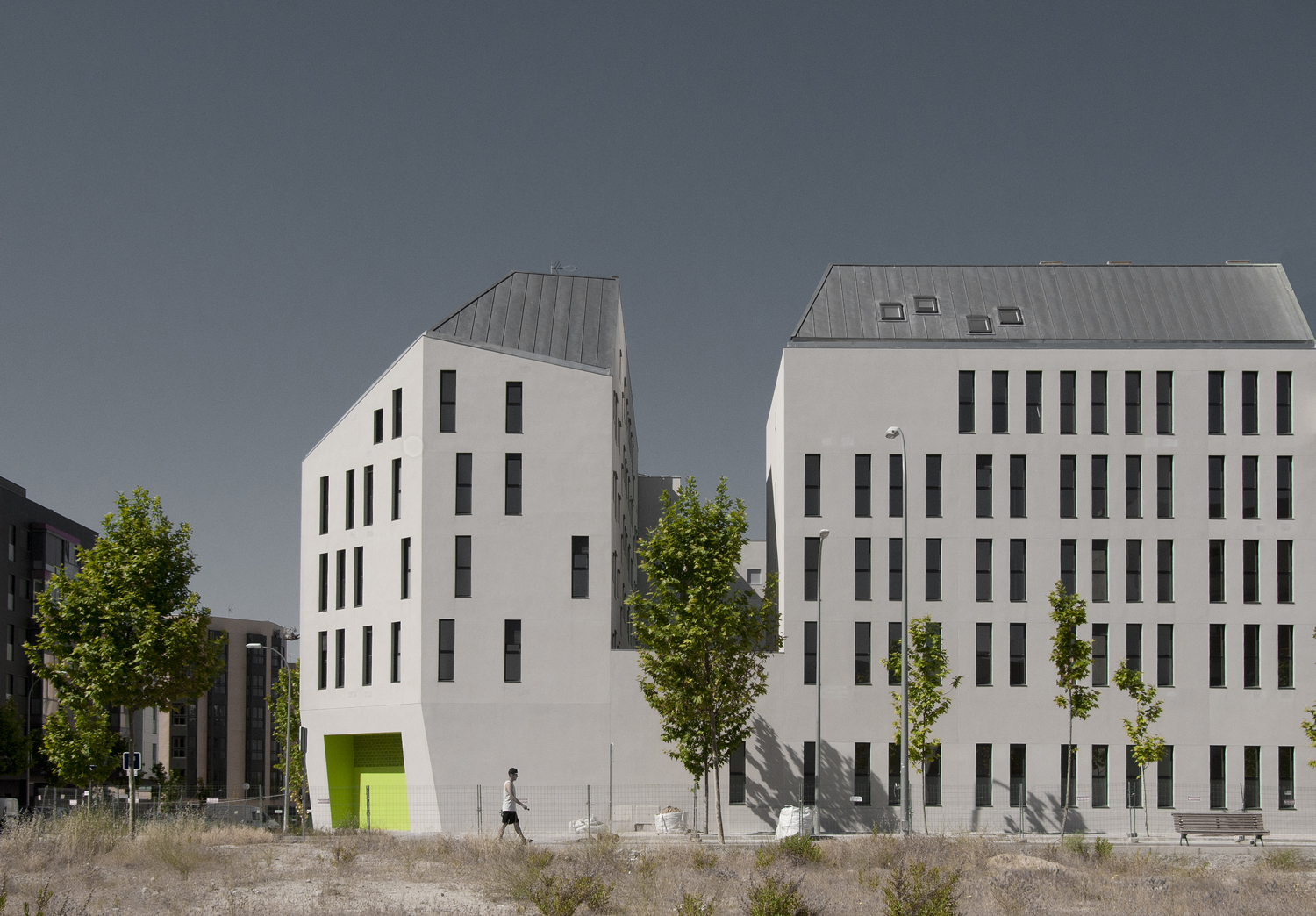 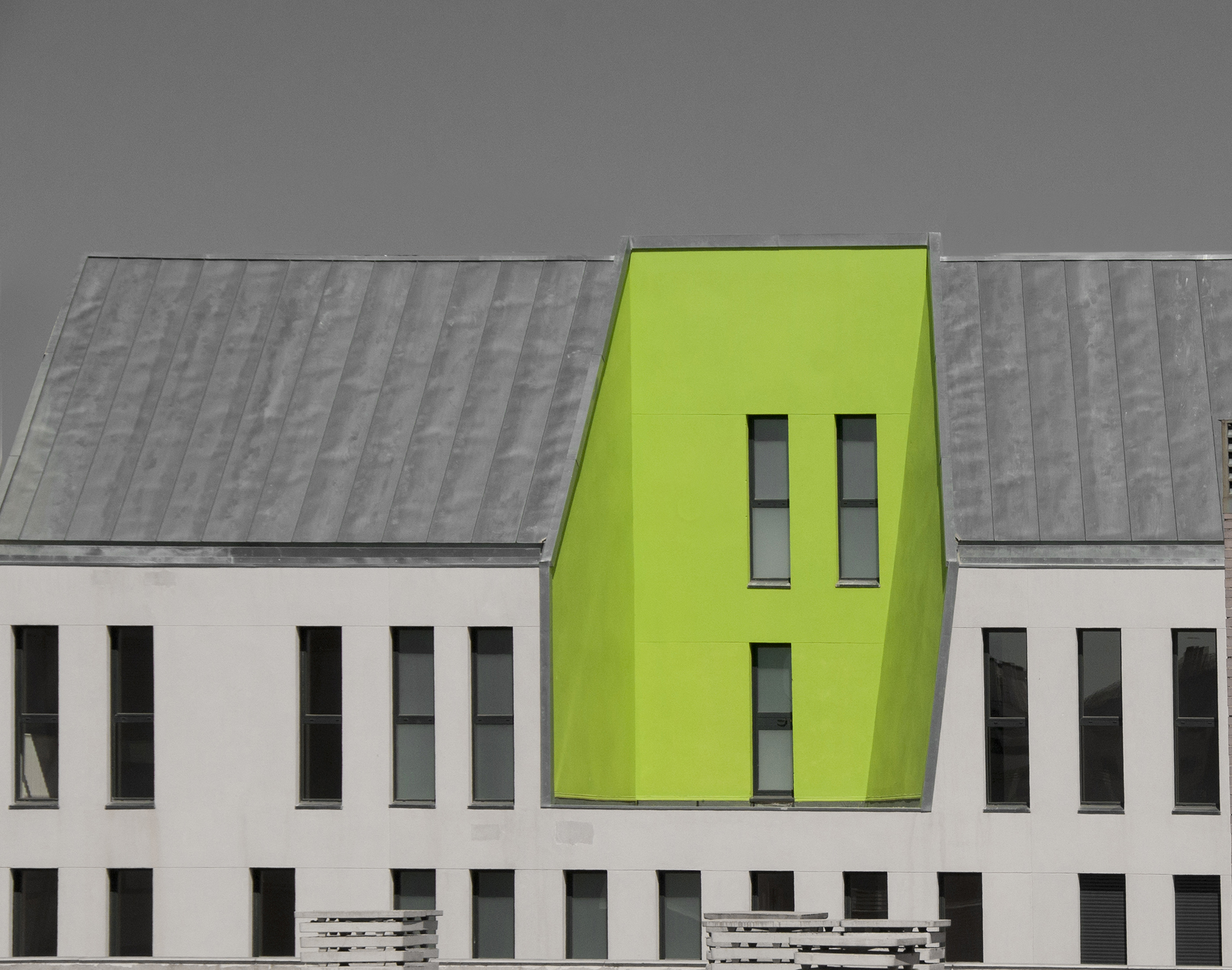 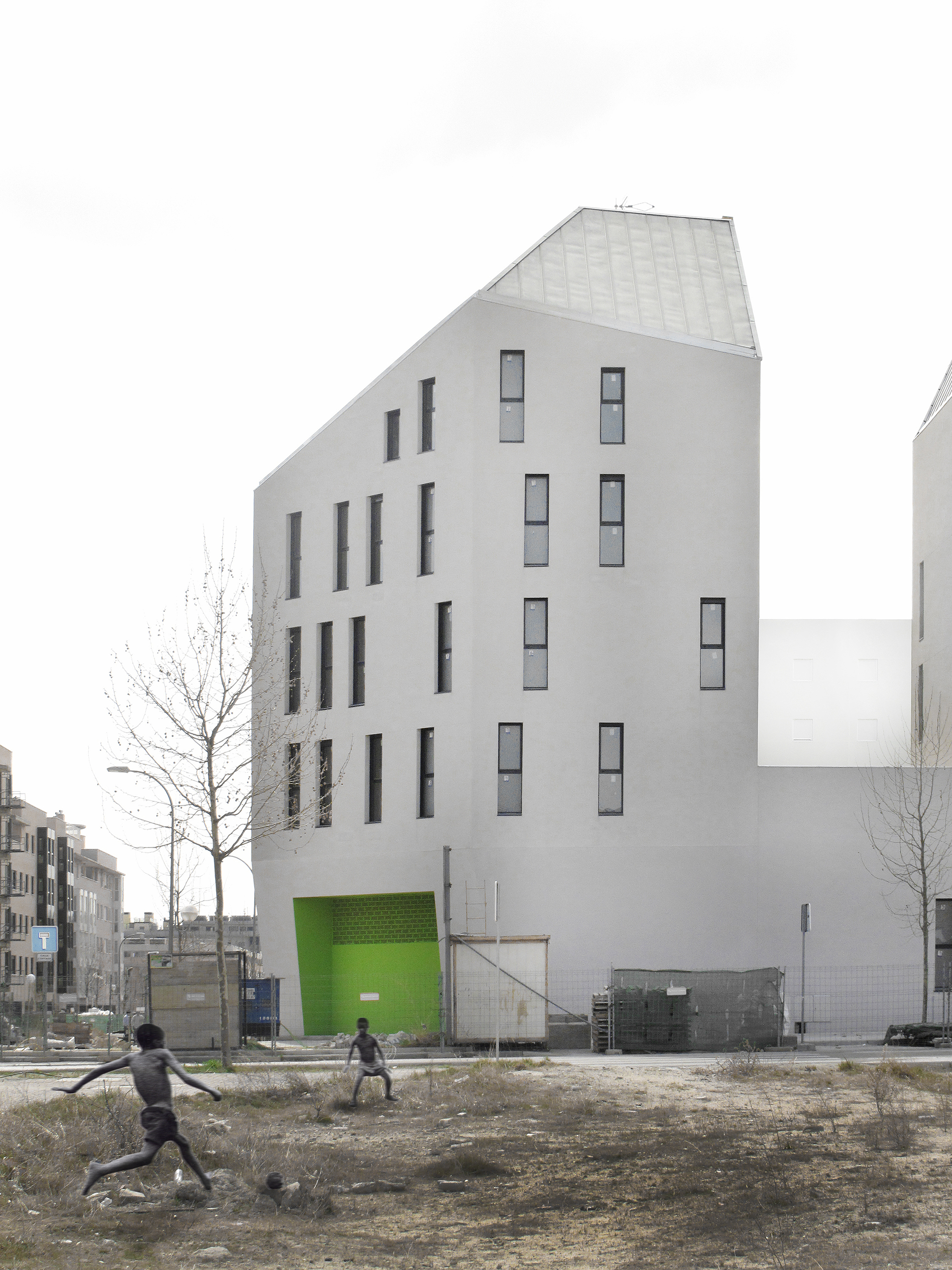 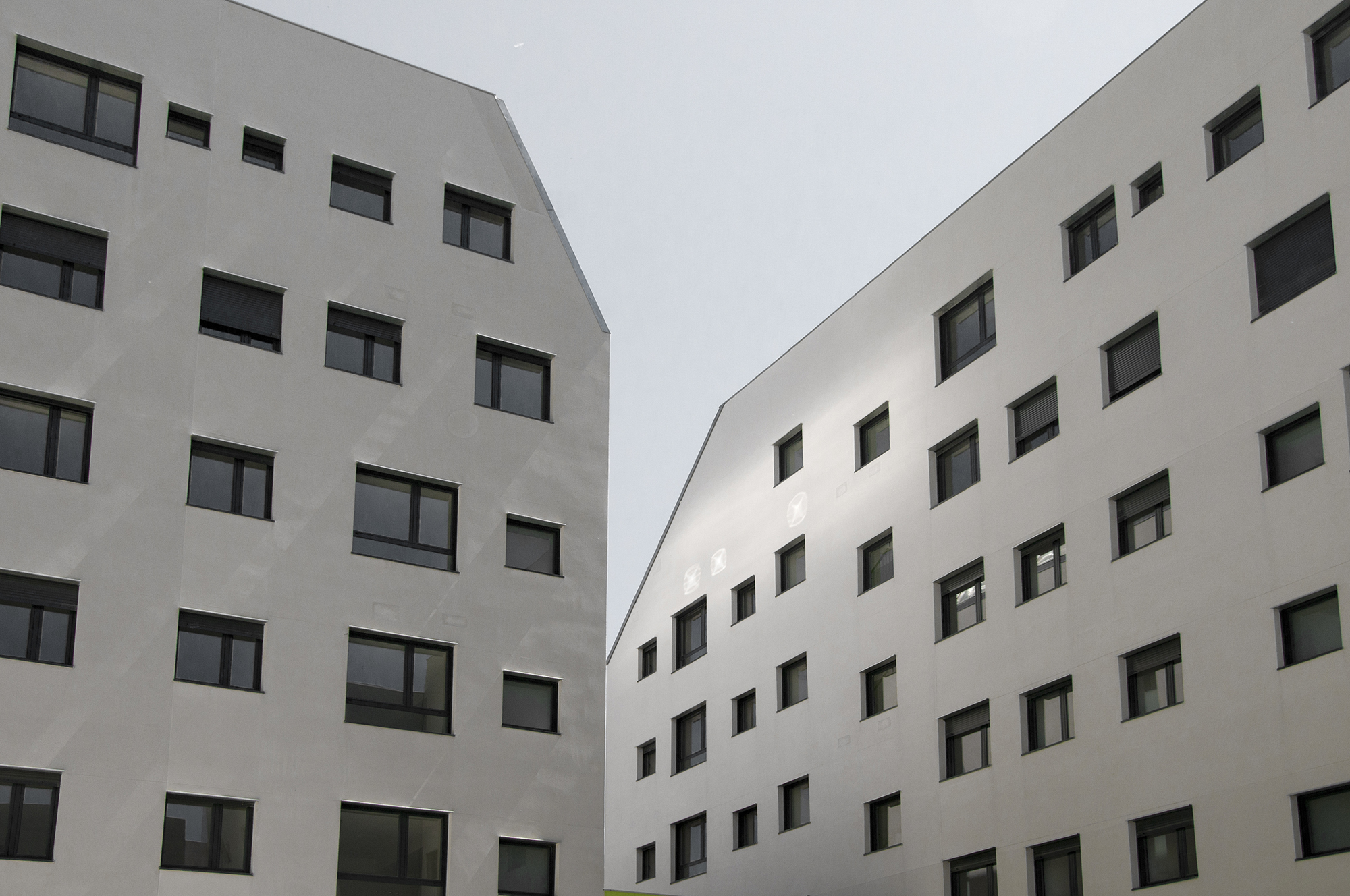 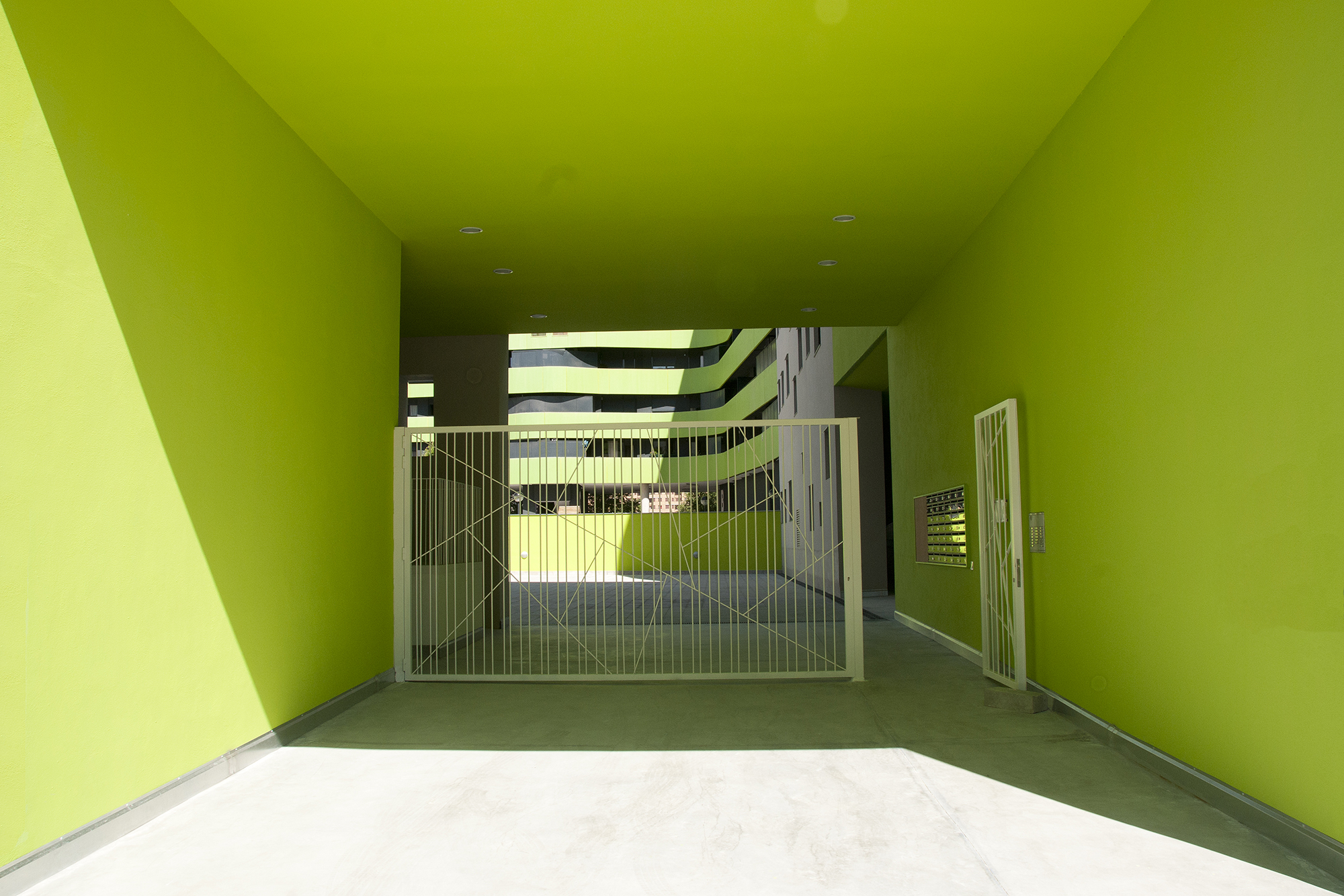 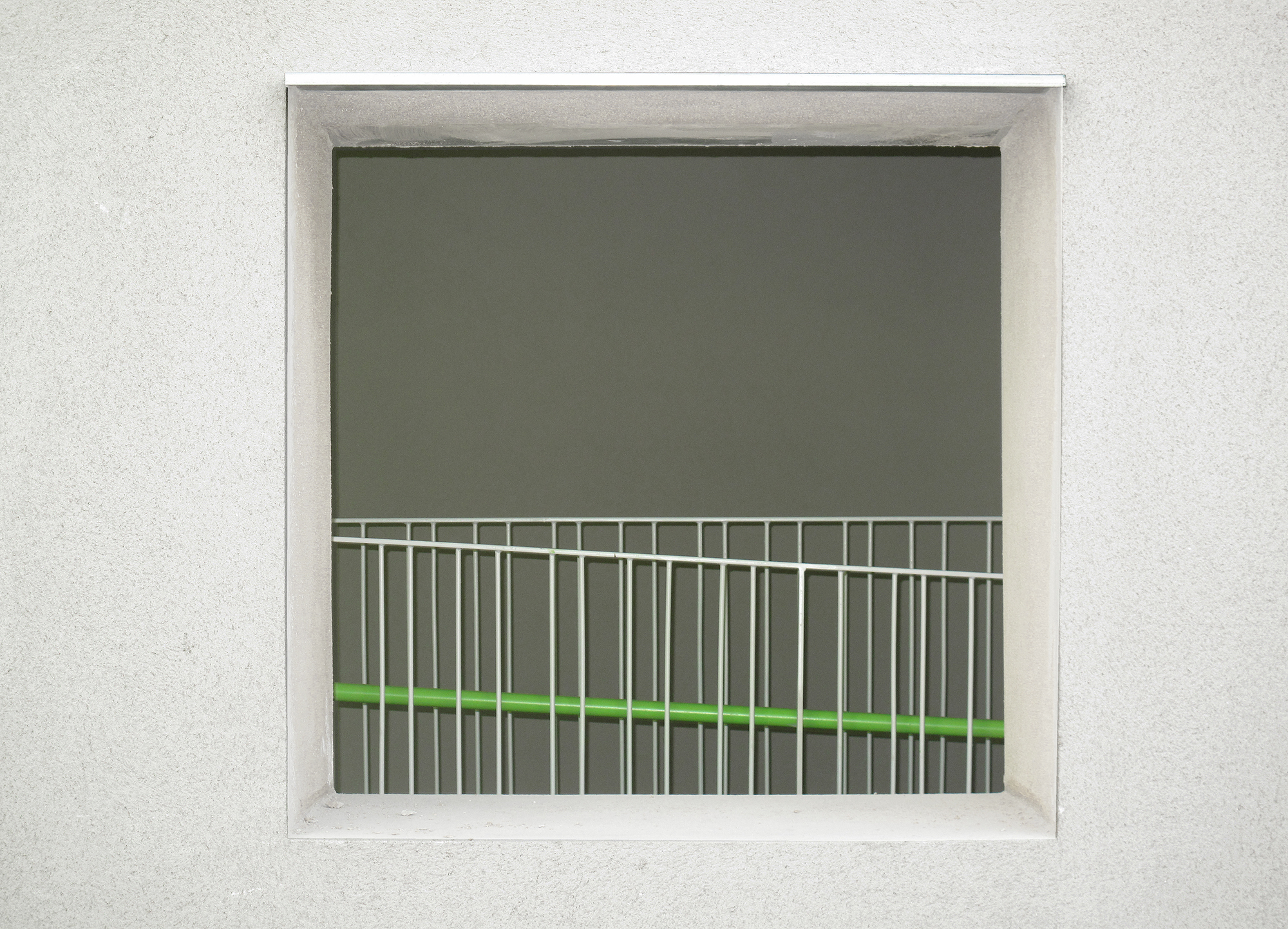 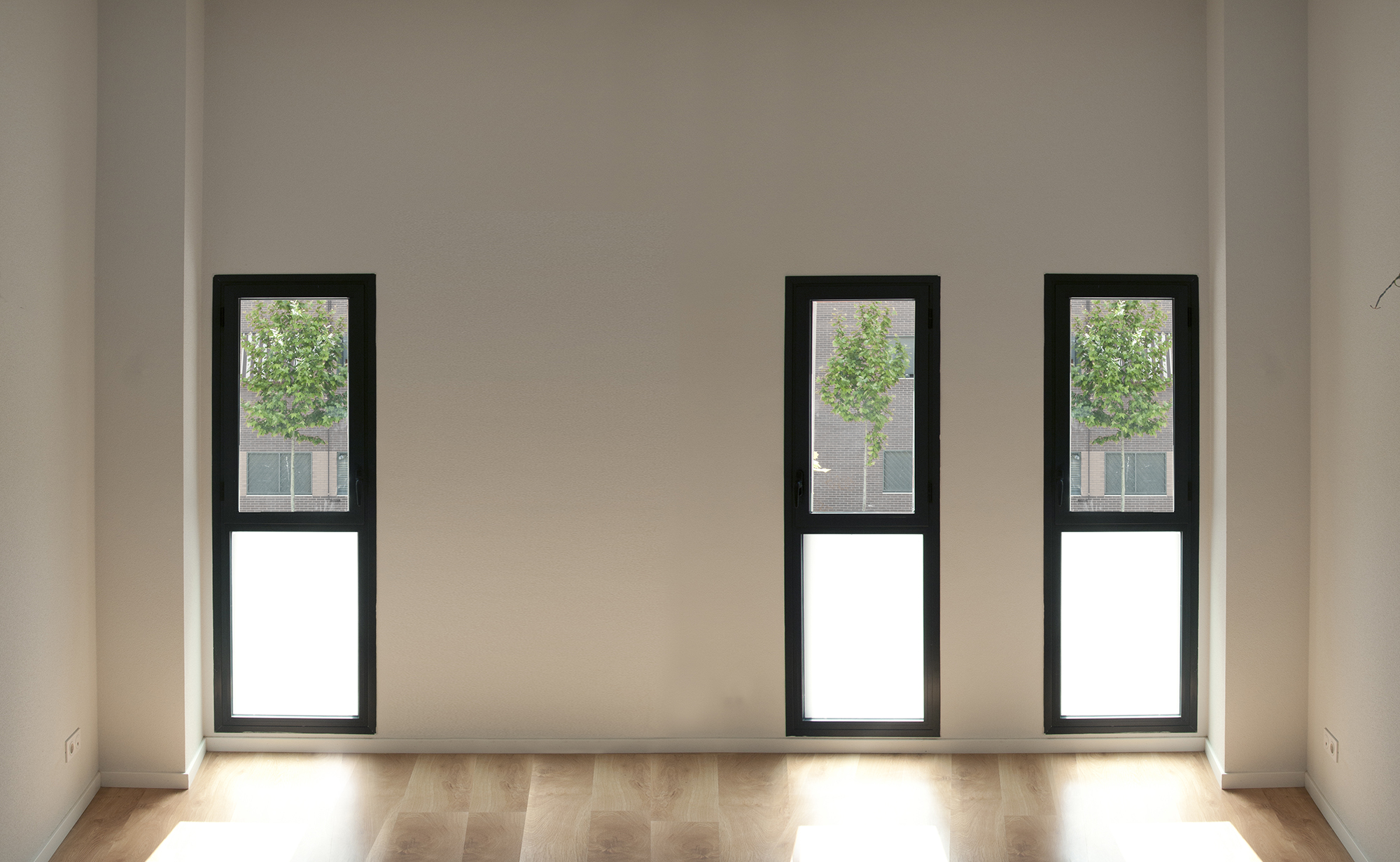 I am text block. Click edit button to change this text.

I am text block. Click edit button to change this text.