The area in Torrelodones where the house is located is characterised by a rough topography.  A very steep slope facing the skyline of the city is what makes the site unique. The house is split in three volumes in order to negotiate with the topography, create as much inhabitable exterior space as possible and maximize the west views towards the city. Two of these three parts are embebed in the ground, anchoring the construction and minimizing the visual impact of the house in the landscape, but the third one rises prominently, like a periscope, in order to capture as much horizon as posible, floating over the green ocean of olive trees.  The perception of the extreme slope preceding the view of the skyline of Madrid are framed and transformed by a sequence of concrete surfaces, glass walls and water reflections that enlarge, focus and enhance the natural beauty of the area.

The house is composed by 3 distinctive volumes that define three different datums. From the street only one is visible, discovering when crossing the bridge a hidden garden in the level below. The lowest part is not visible from outside, an excavated space facing the views. The three pieces are moved apart horizontally and vertically, so each of them could accomplish different functions. The back pavilion anchors the house to the terrain, acting as a retaining wall. It’s roof which is at the level of the access street creates a platform for parking. It contains the space for production, a home office that is separated from the residence by an open space, a garden and a swimming pool that are in intimate connection with the office. The residence is also split in two parts, physically separated by a void that allows the garden to be in connection with the best views and that creates a compressed covered area that emphasises the scale of the landscape. The lower volume, integrated in the topography contains the most private spaces of the house, the three bedrooms and the bathrooms. This excavated space, is also fully open to the views and the western light. The upper volume,  goes forward into the slope, and higher than any other construction around, hoovering above the landscape. This pavilion becomes a device to capture the view, a periscope that transforms its perception. It contains the public programs, living room and an open kitchen.

The periscope cantilevers, as a floating concrete shell just supported by an eccentric core that contains the vertical communication, minimising its footprint, to maximise the dimension of the landscape,. The in-between exterior space result of splitting the house vertically and horizontally in three pavilions becomes a trapped piece of nature, a domesticated landscape that frames the far views of the city. 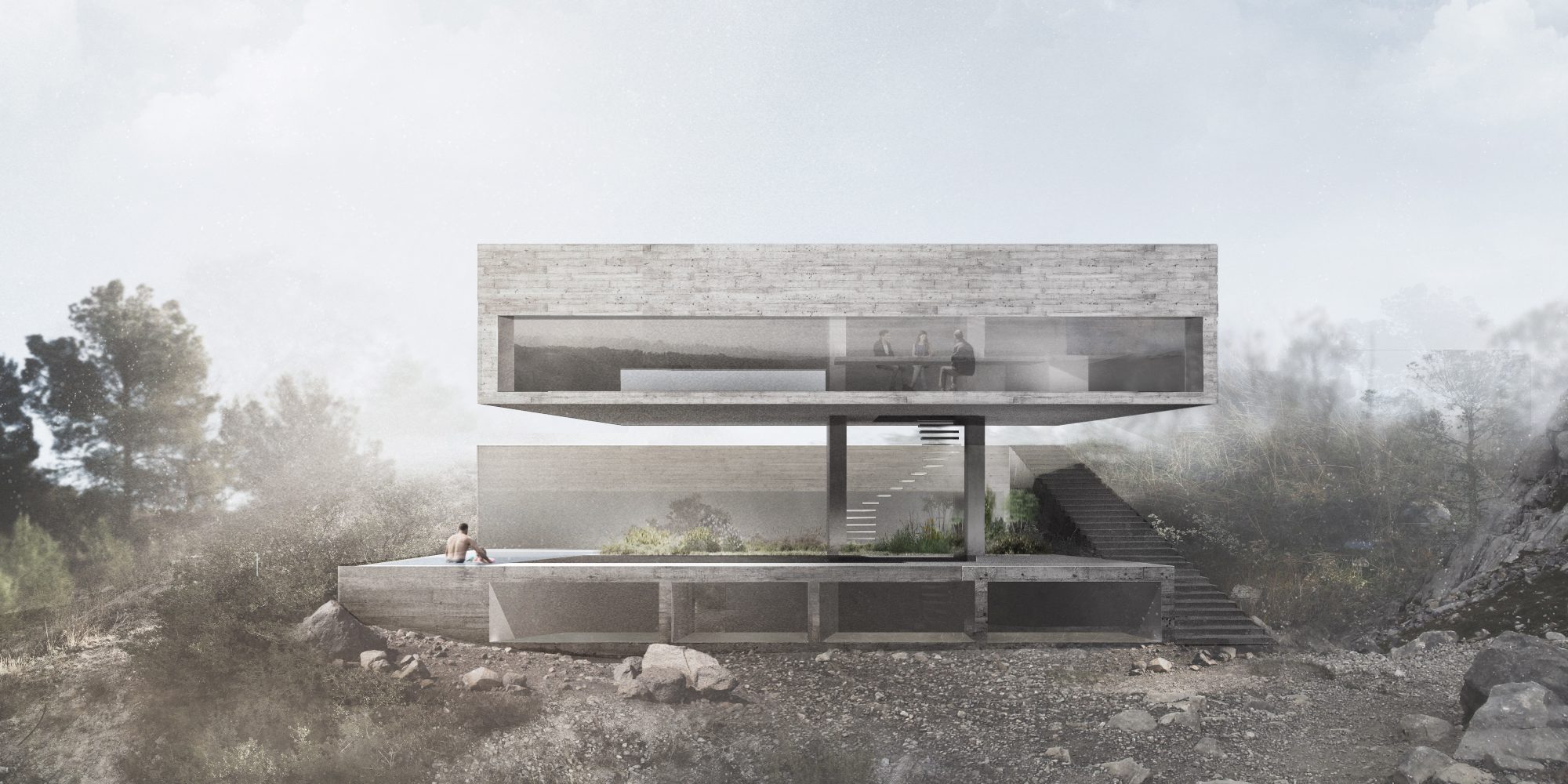 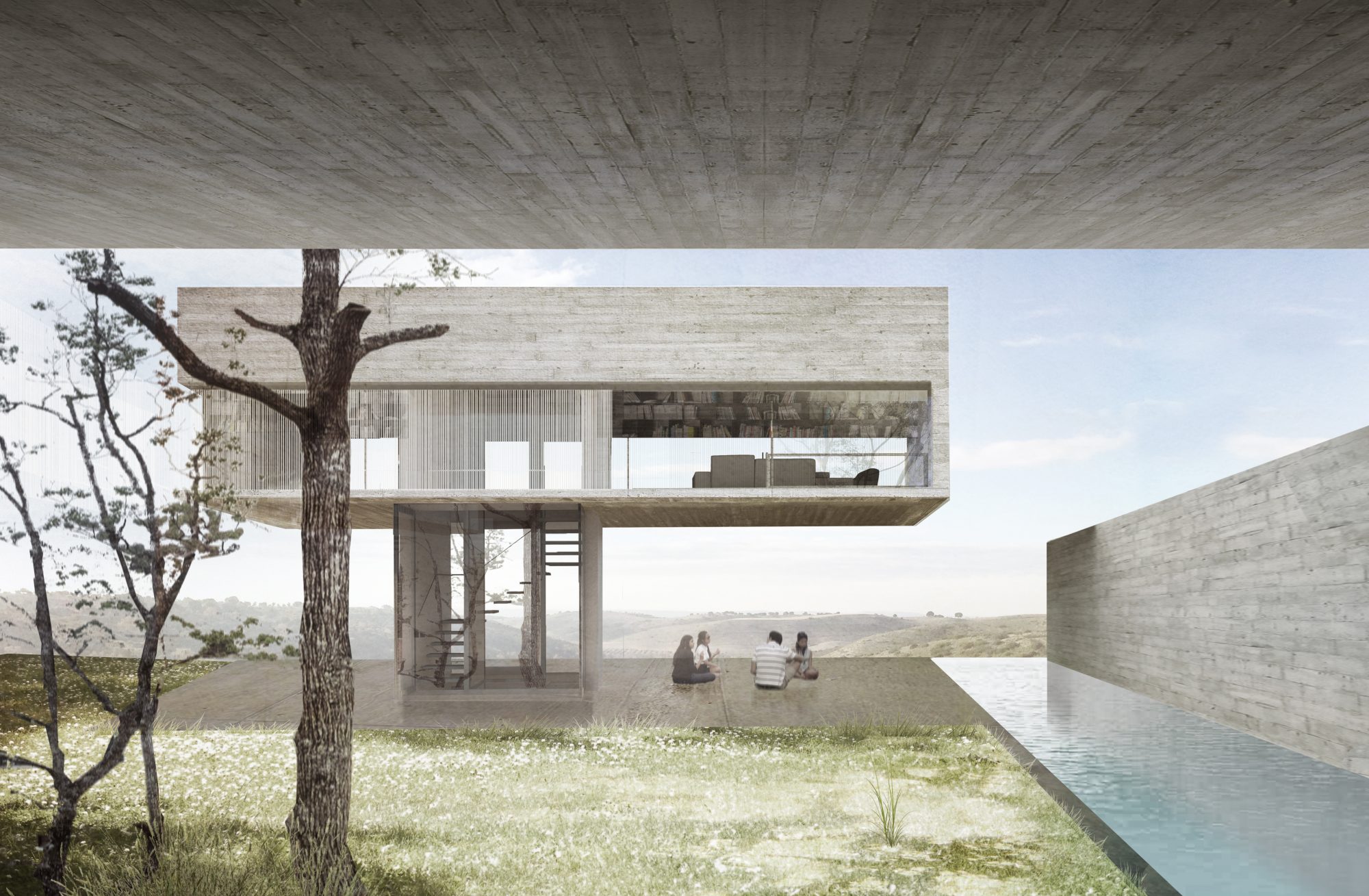 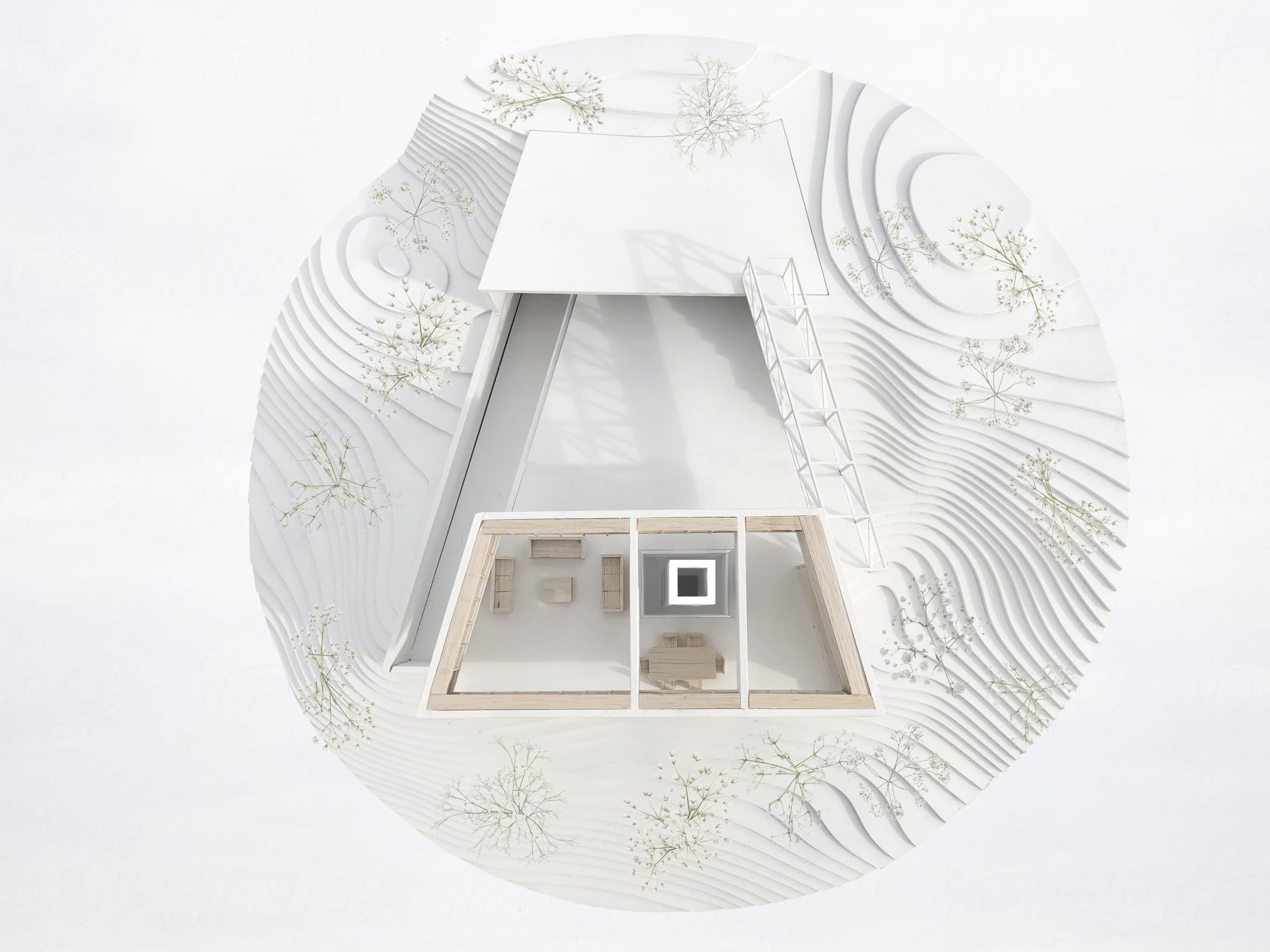 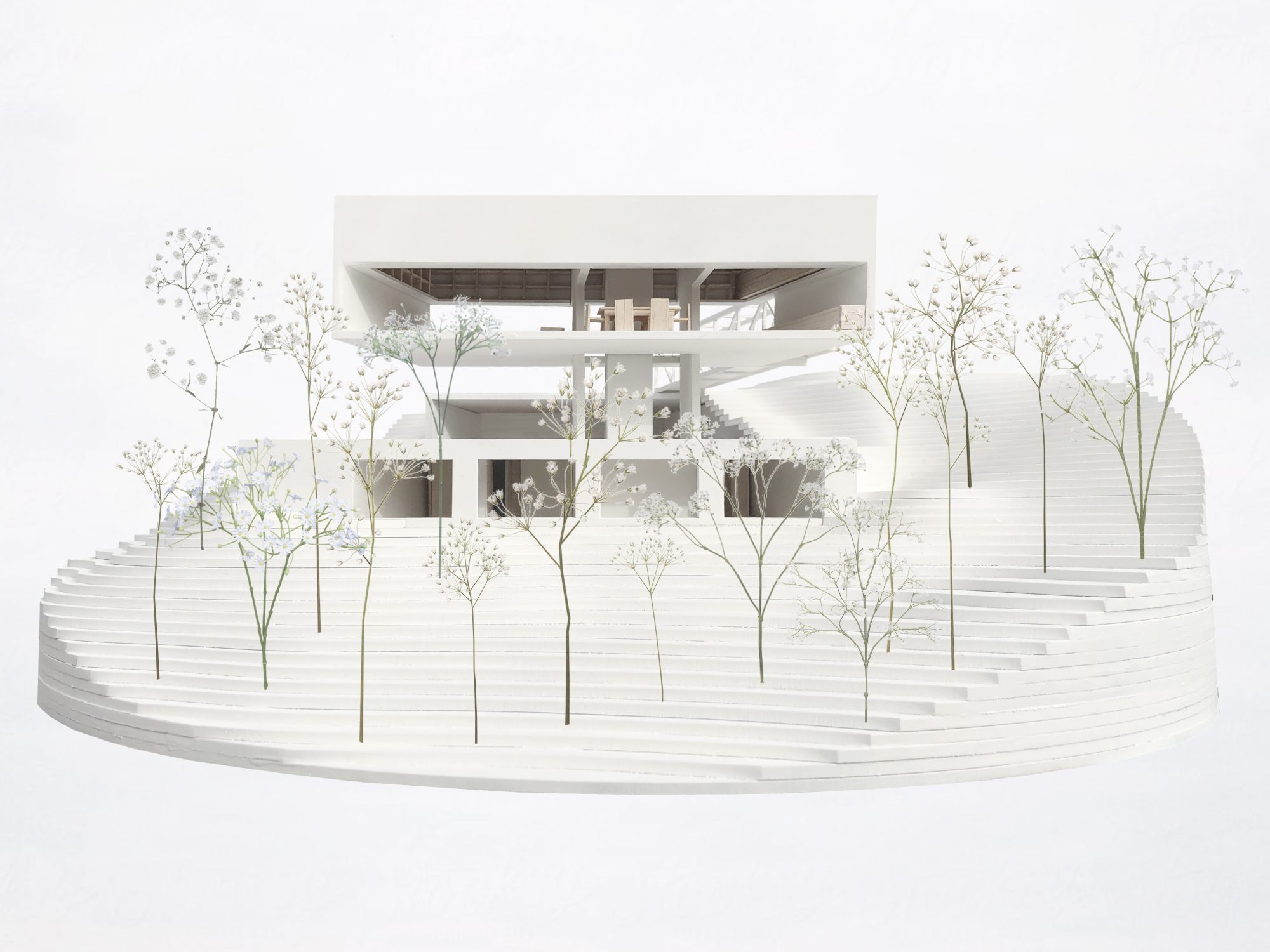 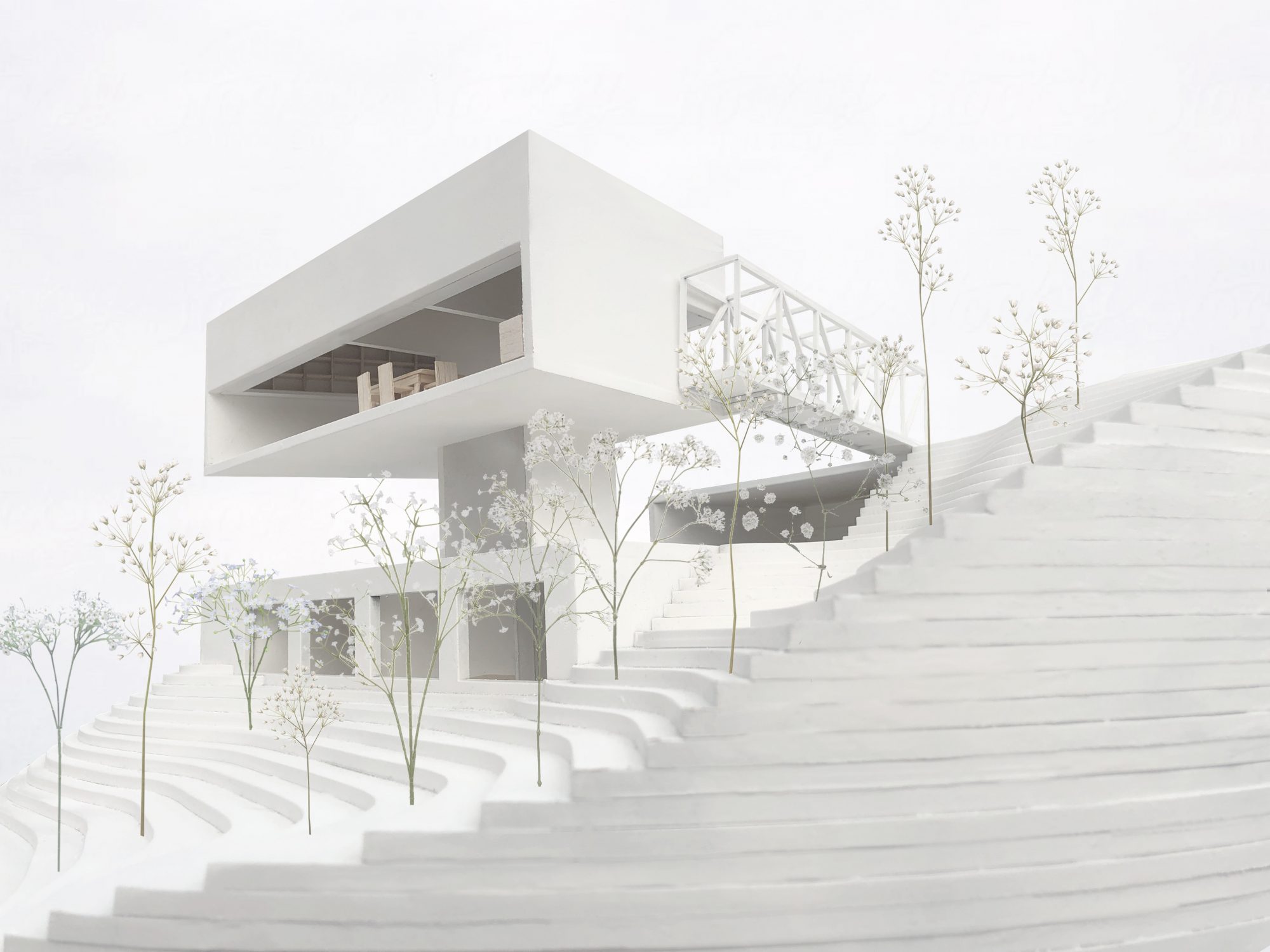 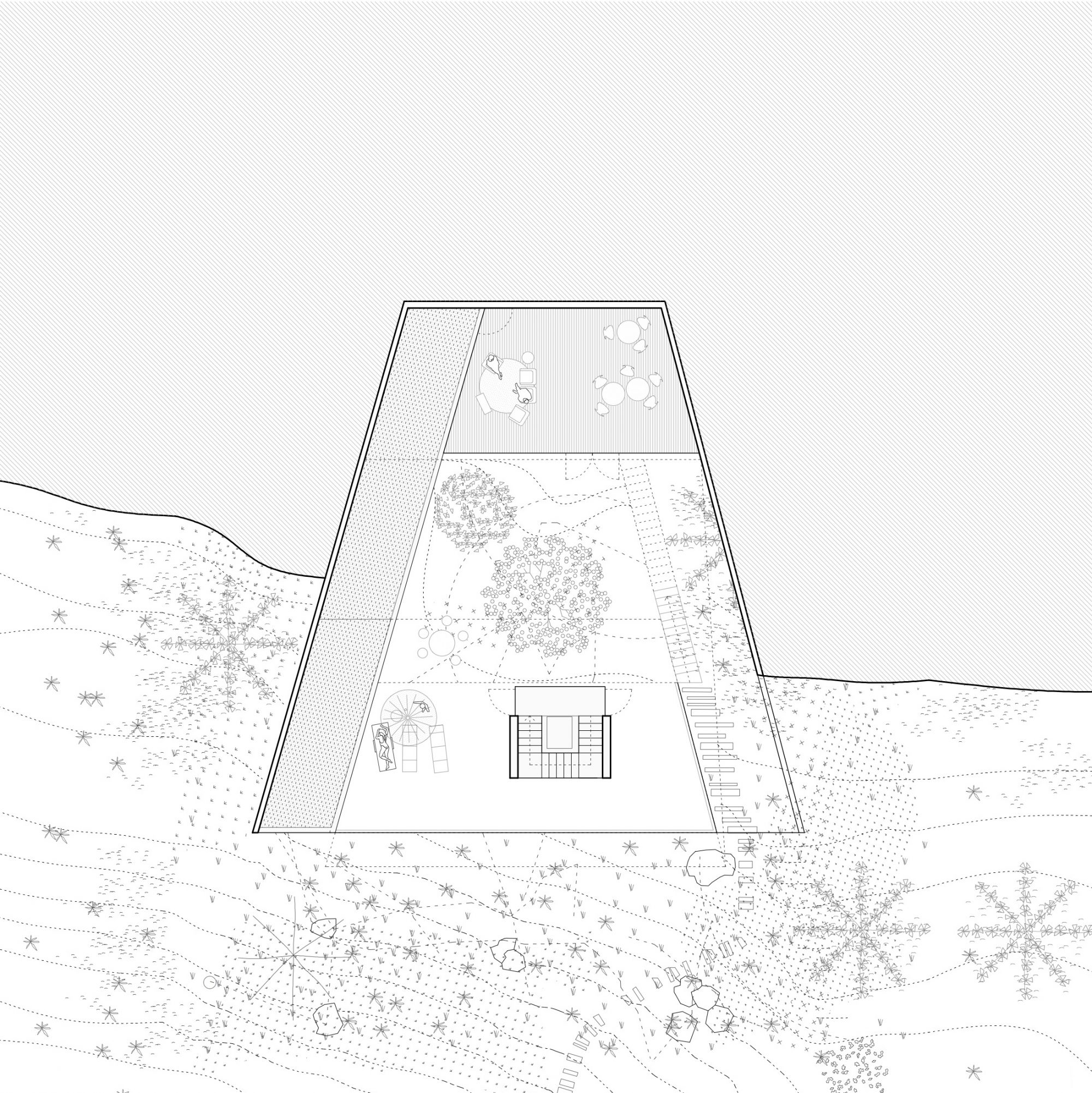 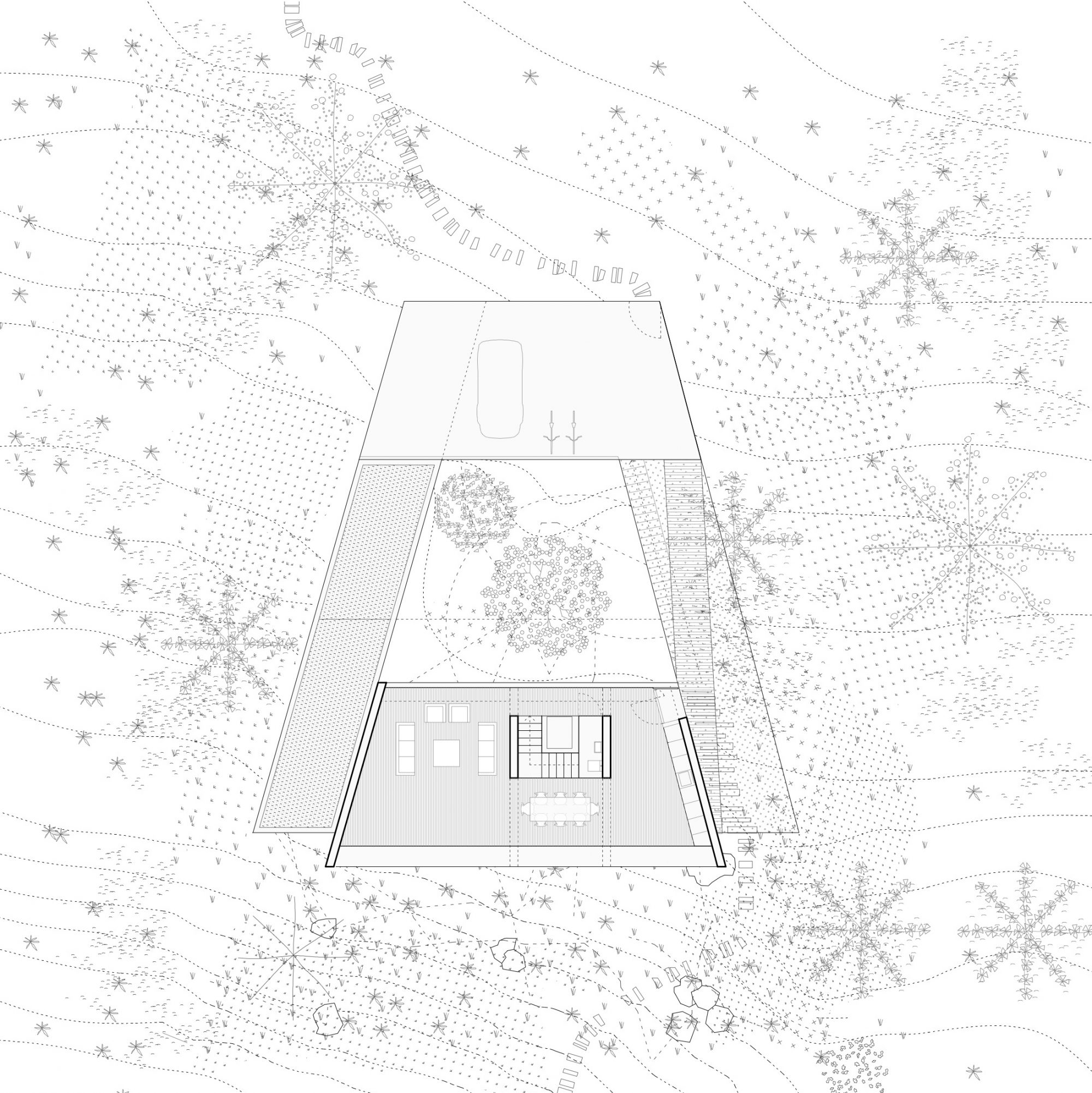 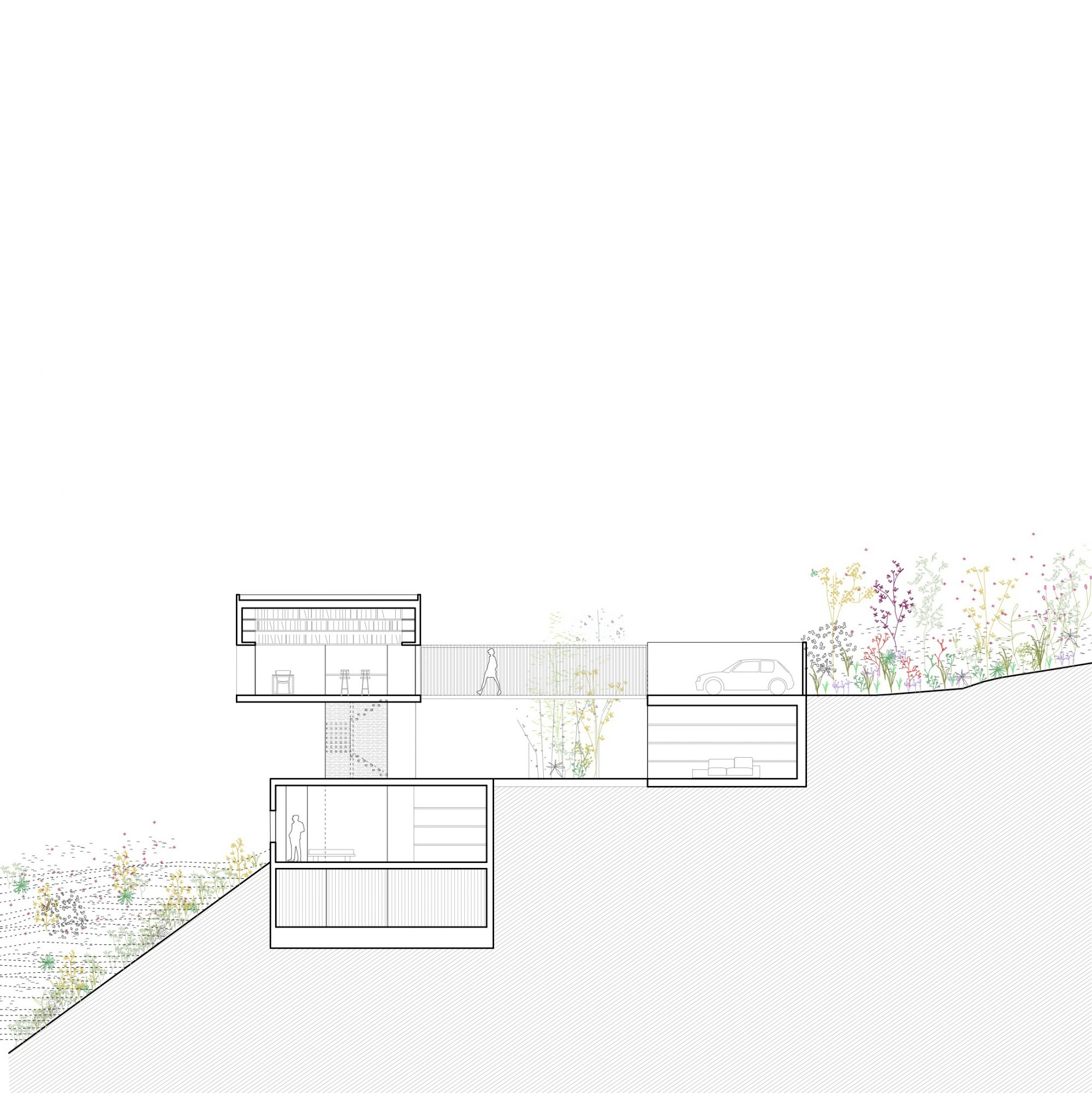 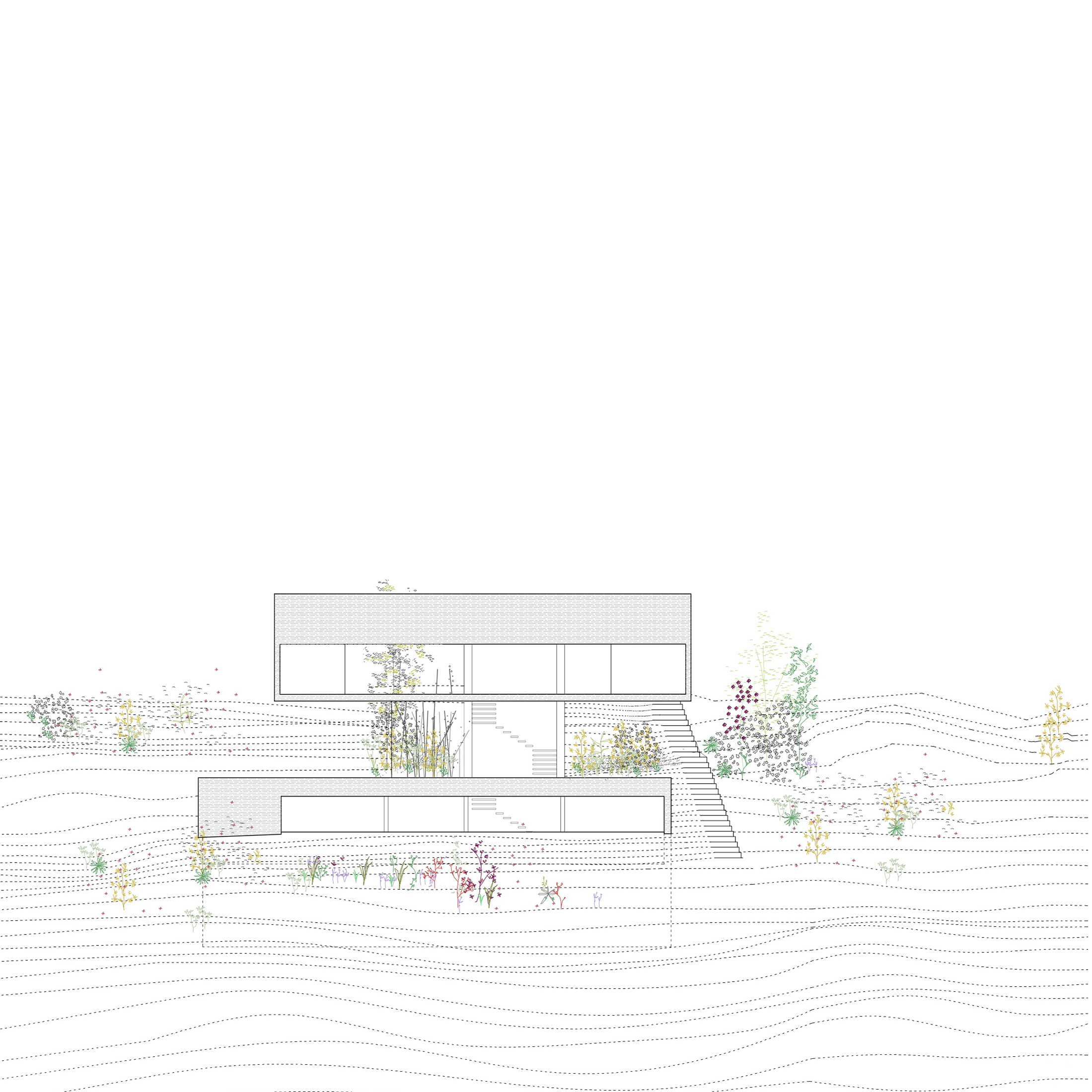